Moringa oleifera, which can also be called any of the following names: horseradish tree, ben tree, or drumstick tree, is a small tree from India, Pakistan, and Nepal that has been used for generations in Eastern countries to treat and prevent diseases such as diabetes, heart disease, anemia, arthritis, liver disease, and respiratory, skin, and digestive disorders.

Moringa has become very popular as a natural leaf powder supplement. The seeds, pods, roots, bark, flowers and fruits are also edible. Moringa is used as a used as ingredients in traditional herbal medicines for many ailments.

According to studies, some of the scientifically backed health benefits of consuming the Moringa leaf include:

Moringa oleifera which is fairly large tree that is native to North India have been proven to be a rich source of vitamins, minerals, and amino acids. Moringa leaves contains: vitamin A, C, and E; calcium; potassium; and protein.

According to study, One cup of fresh, chopped leaves (21 grams) contains the following:

In the Western part of the world, dried leaves are sold as dietary supplements, in either powder or capsule form. The pods are generally lower in vitamins and minerals when being compared to the leaves. Meanwhile, they are also exceptionally rich in Vitamin C. because One cup of a fresh, sliced pod (100 grams) contains 157% of your daily requirement for vitamin C.

in developing nations where the diet of the people may sometimes lack vitamins, minerals and protein then, Moringa oleifera can be introduced to the people as it can serve as an important source of many essential nutrients.

Also note that Moringa leaves may also contain high levels of anti-nutrients, which can reduce the absorption of minerals and protein. And if you’re taking Moringa oleifera as a supplement, then taking it in capsules won’t supply large amounts of nutrients.

2) Is Very Rich in Antioxidants

Antioxidants are known as those compounds that act against free radicals in our bodies. High levels of free radicals cause oxidative stress, which may contribute to chronic diseases like heart disease and type 2 diabetes. According to study, several antioxidant plant compounds have been found in the leaves of Moringa oleifera which include:

In addition to vitamin C and beta-carotene, Quercetin and Chlorogenic acid have also been discovered. Below are their importances:

Inflammation is the body’s natural response to infection or injury. It is essential as a protective mechanism, but may become a major health issue when it goes on for a long time.

Inflammation can lead to chronic diseases like diabetes, respiratory problems, cardiovascular disease, arthritis, and obesity. Moringa reduces inflammation by suppressing inflammatory enzymes and proteins in the body, and moringa leaf concentrate can significantly lower inflammation in the cells.

Many fruits, vegetables, herbs and spices have known anti-inflammatory effects. These include turmeric and pomegranates.

Moringa leaves, pods and seeds have been shown to have anti-inflammatory properties as well, which may also be due to isothiocyanates.

It lowers the Blood sugar Levels which enables It to reduce some diabetes symptoms. High blood sugar can be a serious health problem. In fact, it is the main characteristic of diabetes.

Over time, high blood sugar raises the risk of many serious health problems, including heart disease. For this reason, it is important to keep blood sugar within healthy limits.

According to a small study in six diabetic patients it was found that adding 50 grams of Moringa leaves to a meal reduced the rise in blood sugar by 21%. These effects were said to have been caused by plant compounds found in the leaves, such as isothiocyanates.

The leaf powder has been effective at reducing lipid and glucose levels and regulating oxidative stress in diabetic patients, which means it lowers blood sugar and cholesterol and improves protection against cell damage.

Related: The Different Types of Fertilizers and How they Work

High amounts of cholesterol in the blood have been linked to an increased risk of heart disease and studies have shown that Moringa oleifera may have cholesterol-lowering effects which should lead to reduced risk of heart disease and protect the cardiovascular system as the leaf powder has heart-healthy benefits, particularly in blood lipid control, the prevention of plaque formation in the arteries, and reduced cholesterol levels.

Because of its antioxidant and neuro-enhancer activities, it supports brain health and cognitive function. also a favorable preliminary result was achieved when it was been tested as a treatment for Alzheimer’s disease.

Its high content of vitamins E and C fights the oxidation which then leads to neuron degeneration, thereby improving the brain function. It’s also able to normalize the neurotransmitters serotonin, dopamine, and noradrenaline in the brain, which play a key role in memory, mood, organ function, responses to stimulus such as stress and pleasure, and mental health, for example in depression and psychosis.

7) It protects the liver

It contains high concentrations of polyphenols in its leaves and flowers that protect the liver against oxidation, toxicity, and damage.

It can reduce liver damage and fibrosis and reverse oxidation in the liver. The oil can also restore liver enzymes to normal levels, reducing oxidative stress, and increasing protein content in the liver.

The liver which is responsible for blood detoxification, bile production, fructose metabolism, fat metabolism, and nutrient processing, and it can only fulfill these functions with the aid of liver enzymes, so it’s vital they stay at normal levels. For instance, lower levels of hepatic enzymes can impair its ability to filter the blood.

8) It contains antimicrobial and antibacterial properties.

Moringa has antibacterial and anti-fungal properties that fight infections. It’s been effective against types of fungi that cause infections on skin and strains of bacteria responsible for blood and urinary tract infections and digestive problems.

Moringa has blood-clotting properties in its leaves, roots, and seeds that benefit wound healing and can reduce clotting time, which means it reduces the time it takes for scratches, cuts, or wounds to stop bleeding.

Arsenic contamination of food and water is a problem in many parts of the world as studies indicate that long-term exposure to arsenic may increase the risk of cancer and heart disease.

How to Use Moringa oleifera

You can add moringa powder to your smoothie or drink it as a tea. The leaf powder was deemed safe in human studies, even in larger doses than normal. The powder has a mild flavor, so it makes for a light moringa tea with a slightly earthy taste.

But you might want to stay clear of seed extract consumption, as they have shown a level of toxicity in immune cells.

Moringa can have laxative effects in large quantities, so a safe dose to introduce it into your food or diet and avoid digestive problems is ½ to 1 teaspoon per day. 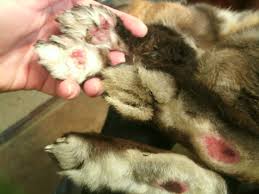 How to Treat Sore Hocks (Pododermatitis) in Rabbits 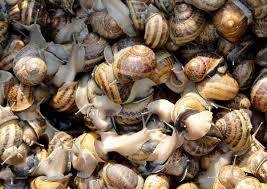