Fluted pumpkin (Telfairia occidentalis) popularly known as “Ugu” is one of the commonly consumed vegetables in Nigeria, especially in the eastern part of Nigeria and without knowing its health benefits, many of us eat ugu on daily basis .

Telfairia occidentalis is a tropical vine grown in West Africa as a leaf vegetable and for its edible seeds. Common names for the plant include fluted gourd, fluted pumpkin, ugu (in the Igbo language), and ikong-ubong (in the Efik and Ibibio languages). T. occidentalis is a member of the family Cucurbitaceae and is indigenous to southern Nigeria

Therefore I decided that it is necessary for us to discuss some of the health benefits of our dear “Ugu” vegetables below according to Study:

Do you know that “Ugu” leaf contains a healthy amount of vitamins including; Vitamin A, Vitamin B1 (thiamine), Vitamin B2 (riboflavin), Vitamin B3 (nicotinamide), and even Vitamin C (ascorbic acid).

Ugu is also has been proven that UGU helps to promote the formation of new sperm cells.

Ugu is used to prevention convulsion: Slice the young leaves, mix it with coconut water and salt, and then store it in a bottle to take care of your convulsion problems.

The Ugu leaf extract is useful in the treatment of high cholesterol level in the blood.

Ugu leaves lowers cholesterol: Study shows that, the leaves contains hypolipdemic effect and may be a useful therapy in hypercholestolemia.

Research has also shown that UGU leaves have the ability to regenerate testicular damage in men, increase spermatogenesis which Boosts fertility. SHOCKING!

The seeds of Ugu are highly nutritious as the seeds are rich in unsaturated fatty acids and can be eaten after boiling or roasting.

Related: The Different Types of Fertilizers and How they Work

Ugu is very rich in iron and can be used to cure anemia and chronic fatigue.

Ugu juice is excellent in boosting a weakening immune system.

The Vitamin A content in Ugu can be employed as a part treatment protocol for the treatment and management of sexual and urinary tract infections, respiratory infections, vision problems, skin diseases etc.

Considered an “oil seed”, the fluted gourd is high in oil (30%). Shoots of T. occidentalis contain high levels of potassium and iron, while seeds are composed of 27% crude proteins and 53% fats. The leaves contain a high amount of antioxidants and hepatoprotective and antimicrobial properties.

The young shoots and leaves of the female plant are the main ingredients of a Nigerian soup, ofe egwusi. The large (up to 5 cm), dark-red seed is rich in fat and protein and can be eaten whole, ground into powder for a kind of soup, or made into a fermented porridge.

Read Also: The Basics of Planting and Growing a Vegetable Garden 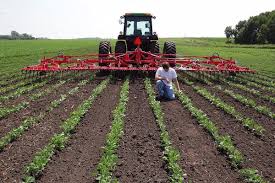 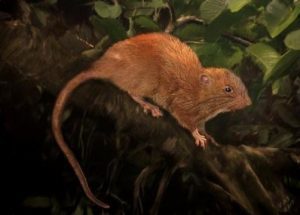 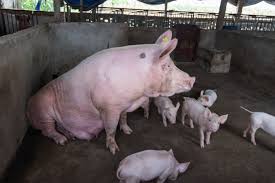