Achatina fulica (garden snail, foolish snail) is a large snail, reaching 20 cm in length or occasionally more, with a shell length up to 20 cm and a maximum diameter of 12 cm. The conical, spiraled shell is predominantly brown with weak, darker banded markings across the spiral. Coloration is highly variable, depending on diet. A mature snail averages 250 g in weight.

The species originated in the coastal regions of East Africa (Kenya, Tanzania), and spread by the 19th century into Southern Ethiopia, Southern Somalia, and Northern Mozambique. During the 19th century it was introduced into India and the Indian Ocean islands.

During the 20th century it was introduced, sometimes intentionally, into South East Asia, East Asia (Taiwan, Korea, and Japan), Australasia and the Pacific, the USA (now eradicated in various states), the Caribbean, Central America and South America (Brazil).

The species is highly adaptable to a wide range of environments, modifying its life cycle to suit local conditions.

Reproduction: Without delays because of aestivation or hibernation, snails will reach sexual maturity in less than a year (even as early as 5 months under laboratory conditions). Reciprocal copulation (6-8 hours) must occur to produce viable eggs.

Laying: The small (4 mm in diameter) yellowish-white eggs are laid in clutches of 10-400 eggs within 8-20 days of copulation, usually in nests excavated in the soil. Repeated laying may result from one copulation, as sperm is stored in each snail.

Hatchlings: Upon hatching, the hatchlings consume their eggshells (and unhatched siblings), remaining underground for 5-15 days and feeding on organic detritus. Eventually they feed primarily on plants at night, returning to roost before dawn.

Juveniles: Animals with shell lengths of 5-30 mm apparently cause the most damage to plants.

Adults: The snails may reach sexual maturity in less than a year. Larger snails continue to feed on plant materials, but feed increasingly on detritus as they age. Normally, they live for 3-5 years.

Achatina fulica is hermaphroditic; each individual snail has both male and female reproductive parts. There are no distinguishing parts separating sexes because each snail contains both sex reproductive systems. They do not self-fertilize, so the snails need to mate with another snail of their species. As a Stylommatophiora, Achatina fulica does not mate randomly; the snails mate with respect to age and size of other snails.

Immature, small snails that are still growing produce only spermatozoa, while larger, mature adults produce both spermatozoa and ova. There is an age dependent mate choice when it comes to young snails because they need and prefer older adults to mate with.

Young giant African snails copulate at all hours of the night, while older adults mate in the middle of the night. The snails choose their mates with respect to size and age, but the reproductive stage-dependent mate is a more attractive mate than the body size-dependent mate choice.

Mating occurs when one snail encounters a prospective partner that the individual snail deems acceptable to mate with. When two individual snails mate, there is a possibility that gametes will be transferred to each one by the other simultaneously.

However, this is only the case if the snails are around the same size. If there is a size difference, the larger snail will act as the female and the gametes will only be transferred from the smaller snail to the larger snail, mating unilaterally.

When two A. fulica encounter and deem each other worthy mates, they will mate by one mounting the shell of the other. The mating will begin once the two snails exchange sperm with one another. The sperm is used to fertilize the eggs in the snails, but it can also be stored inside the body for up to two years. The fertilized eggs are laid between eight and twenty days after mating has occurred, and are deposited in nests or among rocks and soils on the ground.

The eggs usually hatch at temperatures above fifteen degrees Celsius. The eggs, under the right conditions, will hatch after eleven to fifteen days into small snails. The number of eggs that an individual snail lays often depends on the maturity and age of the snail and is between 100 to 500 eggs. Giant African snails have no specific season of mating, as they are able to produce new clutches every two to three months.

Significance as a Pest

The species causes considerable economic damage to a wide variety of commercial crops. In most parts of the world, the amount of dam-age is greatest when the species is first established; during this period, snails are usually very large and their populations can become immense. This is followed by a stable population phase, and then finally a period of decline.

Achatina fulica is reported to be an intermediate vector of the rat lungworm Angiostrongylus cantonensis, which can cause eosinophilic meningoencephalitis in humans; as well as of a gram-negative bacterium, Aeromonas hydrophila, which can cause a wide variety of symptoms, especially in persons with compromised immune systems. 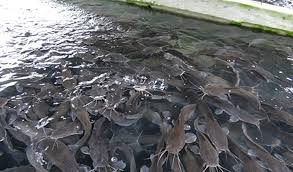 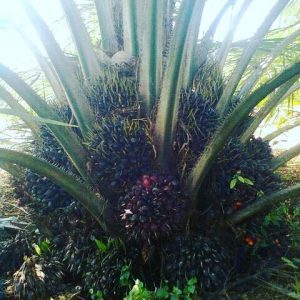