Intercropping is defined simply as growing two or more crop types on one field. The practice of intercropping has actually been around since farming began. Modernization of farming equipment has changed our farming practices into what they are today, which is largely mono-cropping.

Mono-cropping is planting only one crop on a field that was adapted with the intention of maximizing the amount of seeds you could plant on one field and in a shorter period of time.

Plantain fields are arranged in rows spaced at about 3m x 2m, as the canopy closes only to about 5 to 6 months after planting, a fair amount of inter-row space remains un-exploited during the first months.

This space can be used for plants which have a short life cycle and which do not compete with the plantains for example, plants like Groundnut, Yam, Cocoyam and Maize are suitable inter-crops although maize effectively delays the plantain harvest by about 2months.

Cassava and Cowpea are not suitable because their yields are reduced under the shade of plantain rows. Plantains can be used as a shade crop for young cocoa and coffee plants.

4 Benefits of Intercropping that you never imagined!

These are the basic four methods commonly employed. Sometimes they involve annual grains and vegetables, such as the mixed intercropping classic of corn, beans and squash.

Sometimes there are perennial species with annual crops growing amongst them, say perennial garlic and basil with annual tomatoes. Perennials also work well with other perennials.

In parts of the tropics, bananas, papayas, coffee, vanilla and cacao make a crackerjack intercropping team (For example here at Richmond Vale Academy, we have what we like to call the “Dessert Field” with bananas, cacao and vanilla. Delicious!).

In essence, these are all forms of companion planting, in which one plant provides some useful component for another. The technique can be small in scale, something seen in a home garden. However,  strip cropping is also becoming more common for progressive industrial models.

It’s the growing of two or more crops at the same time with at least one crop planted in rows. In farms growing perennial crops, annual crops like corn, rice and pineapple are commonly grown as intercrop between the rows of the main crop.

This strategy is an efficient way of maximizing the use of farmland by utilizing vacant spaces while at the same time suppressing the growth of weeds during the juvenile stage of the main crop.

Banana, papaya, coffee and cacao are commonly grown also in multiple rows. These plants are grown as sole intercrop or mixed with others, either perennial or annual crops. Soursop or guanábano, because of its tolerance to partial shade, is likewise a promising intercrop.

It’s the growing of two or more crops together in strips wide enough to allow separate production of crops using mechanical implements, but close enough for the crops to interact.

Examples of successful strip intercropping practices in the United States are: alternating strips of wheat, corn and soybean 6 rows wide each; and another one can be 6 rows of corn with 12 rows of soybean.

In this type, two or more crop are mixed together, seeded together, and harvested together. Examples of mixed intercropping of annual crops are the practice of growing corn, bean and squash in Central America and forage sorghum with silage corn in Oregon.

It’s a system in which a second crop is planted into an existing crop when it has flowered but before harvesting. There is thus a minimum temporal overlap of two or more crops.

The relay crop should be fairly tolerant to shade and trampling. Examples of relay crops are cassava, cotton, sweet potato and sesban with corn; chickpea, lentil and wheat with upland rice. 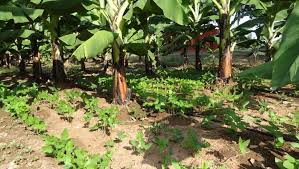 Intercropping offers greater financial returns for a farmer. Even if you are growing some produce for your own family or just as part of a hobby, you will have multiple types of produce, which is always a nice outcome.

Intercropping will help farmers to use the same land available and yield more as well as diversify the produce. This generates more income for the farmer without really taking up any major expenditure. The infrastructure available or the land used remains the same.

Intercropping can be the insurance that farmers need, especially when the region is vulnerable to extreme weather. Drought, torrential rain, hurricanes or cyclones and various other weather elements can affect the yield of a given year or season.

Having diverse crops allows the farmer to have some income even if the primary crop it is damage or doesn’t yield as much as expected.

Intercropping makes the most of the available soil. When anything is grown on a farmland, the crop tends to absorb as much water and nutrients as it needs.

There could be more nutrients in the soil under the crops and around. This soil and more specifically the nutrients it is use, by the different varieties of crops. Intercropping also averts soil runoff and can prevent the growth of weeds.

Difference between Intercropping and Crop Rotation

Intercropping and crop rotation are not the same thing. In that sense,  intercropping requires that different types of plants are grown in the same space at the same time.

Also, weeds will be under control when crops in this kind of system have a complementary effect together. The labor needed is no greater than that for traditional systems, but strong will and management skills are important to success.

Find Out The Latest Findings About Cabbage 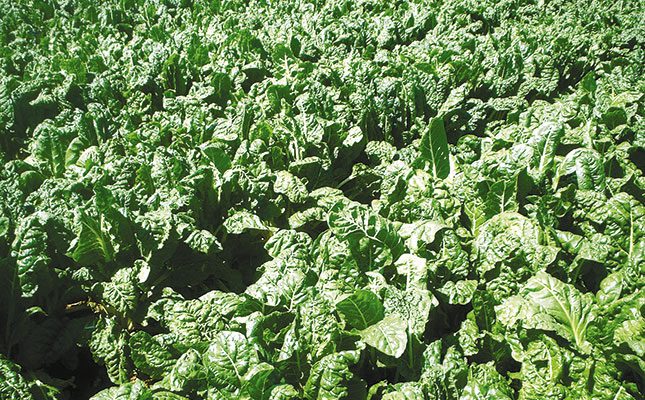 How to Grow Spinach – Step by Step Guide