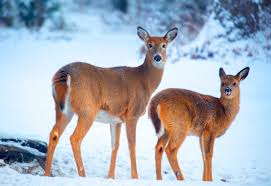 Doe Conception, by definition, is the fertilization of the egg(s) of the doe (female deer) by the sperm of the buck (male deer) and then subsequent attachment of these eggs to the uterine horns of the doe.

A dwarf doe usually has an average of 4 fertilized eggs that attach to her uterine horns. This number is highly variable and can range from 1 to 8 or more.

A larger breed rabbit has an average of 7 – 8 fertilized eggs and can vary from 1 to 14 or more.

The number of fertilized eggs depends on the age and health of the doe and buck, the season, the number of eggs available for fertilization, the amount of sperm deposited and its viability, the capacity of the uterine horns, the genetic backgrounds, and other factors that may or may not be controllable.

The estrus or “heat” cycle of a doe rabbit is so often that it may be considered continuous. You may see a doe mounting a buck or another doe.

She may even attempt to mount another animal of the same size if it is available. It is best to keep rabbits by themselves except when you want to breed them. Do not get the idea that they are lonely, because they are not.

See Also: How to foster Rabbit kits with another Doe

They are territorial animals, not social. This means that they normally want their own place, not to share their lives with each other. Keep in mind, that when you let rabbits run together, they will fight. If you have one buck amongst a herd of does, you might as well consider that they will all get pregnant.

The number of eggs that can be fertilized depends on the parents’ ages. The doe and buck have maximum egg/sperm production between the ages of 6 months and 3 years. After this, egg/sperm production decreases, as does the chances of conception and bringing the little ones to birth.

When the buck is exposed to temperatures above 92 degrees, he may become temporarily sterile. It may take up to 4 weeks for him to recover.

Extremely cold temperatures cause the doe not to conceive because her system is concerned with taking care of herself rather than nurturing young.

The period between October and December is considered the moulting season. No research has been done on moulting patterns in hot climates. It is when the amount of sunlight is decreasing and the rabbit is getting ready to put on its winter coat.

Just as in chickens, this decrease of daylight affects reproduction, and the conception rate usually goes way down. You may artificially stimulate the rabbit to continue producing by keeping it in a building with the lights on.

Never rebreed the doe after 36 hours of the initial breeding. It may cause the estrogen/progesterone cycle to get messed up in the developing womb, causing abortion or miscarriage. You will see her give birth to a bunch of “blobs”.

The Gestation Period of the Doe

Gestation is defined as the period-of-time from conception to birth. This period usually takes 31 days but may vary as much as 2 days either way. The doe gets plumper during this time. She may also get grumpy and try to scratch you.

Her system would be more harmed by varying her diet than if you keep things as usual. Her body adjusts to the developing babies just fine without your intervention. Just make sure she always has plenty of freshwater to drink when she needs it.

See Also: The Reproductive Rate of Sheep and Goat

Provide a Nest Box for her on the 28th day, unless you see her pulling hair before that time. Do not put the nest box in too soon or she will sit in it and poop in it, destroying the good environment it was meant to be.

Round out the top on one of the narrow sides to allow her to enter easily. Do not come down too far, though, because the babies may escape.

It best to fill the nest box in the following way: Put some absorbent pine shavings (not cedar!) on the bottom 1″.

Then put alfalfa or another good hay in the rest of the way. Hollow out a hole in the hay that she can get in and put the young.

When you put a nest box in, the doe will start taking up hay in its mouth to prepare her nest. Watch carefully to make sure that she is putting it in the nest box and not spreading it on the floor of the hutch.

If she is spreading it on the floor, she is intending to have the litter on the floor instead of the nest box.

This would be disastrous. If you move the nest box to where she was spreading it on the floor, she may then prepare her nest in the nest box instead. Make sure you watch for this because if she has her litter outside the nest box, the odds of their surviving are very slim.

Usually, the doe will pull her fur from her upper abdomen and around the shoulders just before she is to give birth. However, on occasion, it has been seen pull fur one week before they were due.

Make sure that there is enough fur pulled for the nest or the little ones may freeze (depending on the temperature).

See Also: 8 Best Ways to Save Money at Home

Occasionally, if a doe does not intend to take care of the litter, she will pull no fur. Keep a box of fur on hand from earlier litters in case you need to add some or take some away.
Sometimes a doe will give birth prematurely.

These babies, if they are more than 2 days early, will usually die, and there is nothing you can do about it.

Sometimes a doe will prepare the nest with fur but never give birth. This is called “False Pregnancy”. You may rebreed her 4 days after she was due.

Here are more amazing animal husbandry books and related resources to guide and assist you further. You can check them out below: 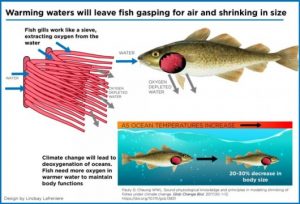 Do you know that High protein diet is associated with small increased heart failure risk in middle-aged men? Find out