Eggs are spoken of as both very healthy and nutritious and very bad and full of unhealthy fats, which lead to a number of health issues. Eggs have been consumed by humans as food for a number of years.

The most commonly consumed egg, the chicken egg, is what we are concerned with here. The egg is made up of an outer protective hard shell, which may be white or brown in colour, inside this shell is a thin membrane that can be seen while peeling a boiled egg.

Within this membrane is enclosed the “white” of the egg which is actually translucent and turns white on cooking. Talking about egg nutrition, egg white is 90% water and 10% pure protein like albumin, mucoproteins and globulins, and its primary role is to protect the yolk and provide nutrition for the growth of the embryo of a fertilised egg.

Suspended within this is the yolk enclosed by the vitelline membrane. Its yellow colour depends on the diet of the chicken and can be yellow to almost colourless. The yolk contains all the egg fats and most of its other nutrients.

Ovum or female reproductive body of multi-cellular animals, particularly the complex structure produced by birds, reptiles and certain mammals that matures outside the body of the parent.

Egg consist of protoplasm, the germ, tread and yolk from which animal develops. The flesh of eggs are used as food and all eggs have some form of protective coating, either a shell or a covering membrane.

The structure and development of eggs of different species vary with the conditions under which the egg is produced and matures. Animal which deposit their eggs to hatch outside their bodies are described as Oviparous

while these which produce eggs with soft coverings that mature within the body and which therefore give birth to living young are called Viviparous.

Those which produce hard or tough shelled eggs that mature within the parents bodies are said to be Ovoviviparous.

Besides the germ and yolk, the eggs of birds contain an albuminous mass, the white which is an additional source of nourishment for the developing chick.

The egg is enclosed in a tough double membrane which in turn is covered by a hard, three-layered shell chiefly composed of calcium carbonate.

The shell serves to protect the egg from the weight of the parents bodies during incubation. All birds, with the exception of the mound birds, incubate their eggs by body heat.

Many people think that the exceptionally small eggs sometime found in the poultry farms are laid by cocks. This is a wide spread fallacy, cock can not possibly lay egg because it has no ovary or oviduct in its body, only a bird which possesses these internal organs can lay eggs and that bird is a hen, no matter what its outward appearance look like.

It is said that occasionally, a very old hen may partly lose her female appearance and begin to develop some male characteristics such as spurs on her legs, tail or feathers and she may attempt to crow, but she is still a hen.

This so called cock egg is an abnormal egg laid by hen which egg producing organs are not functioning properly, they are sometimes yolk-less due to the white foaming round small substance that is mistaken for yolk.

Read Also: Causes of Egg Production Reduction in Poultry Farms and Ways to prevent them

However, old layers should be sold out in order to avoid this embarrassment.

Collection of Eggs in the Battery Cage: Egg collection in the battery cage should be done twice daily for instance: 10am in the morning and 3pm in the afternoon respectively. The eggs collected should be sent to the room where they will be graded according to their sizes of

The grading of eggs could be done with the aid of grading machine or manually by accessing the sizes with your hand and the price depends on their sizes.

Find out: “Earthen Pond vs Concrete Pond” Which one is Better?

Guide on How to Grow Tomatoes 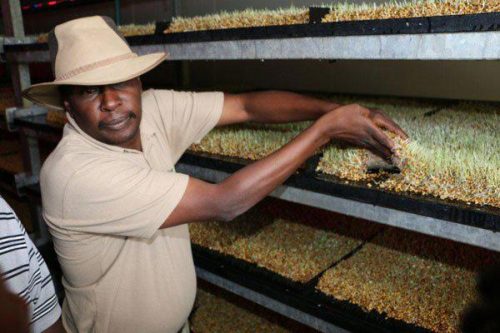