Arrowroot (Maranta arundinacea. L) is the starch that’s obtained from the rhizomes of a perennial herb called Maranta arundinacea. It can be used to aid digestion, treat urinary tract infections, and help to fight foodborne pathogens, relieve mouth pain and boost your immune system.

Arrowroot (Maranta arundinacea), is actually a starch rich, creeping underground rhizome that belongs to the Marantaceae family plants. The plant is native to the tropics of South America, where it has a long history of cultivation by native peoples and is widely grown in the Caribbean islands, Philippines and South America for its fine, easily digestible edible starch rich tubers.

Arrowroot is cultivated primarily as a source of food starch which is found in cylindrical rhizomes. Some of the common names are Arrow Head, Arrow-root, Arrowroot, Bermuda Arrowroot, Maranta, Obedience Plant, St. Vincent Arrowroot and West Indian Arrowroot. It is widely considered an easily digested and nutritious starch.

The herb is extracted from the fleshy roots, called rhizomes, of the arrowroot plant through an elaborate process of washing, peeling, soaking, and drying in the sun. Indians used arrowroot medicinally, they believed that is would draw out toxins in wounds made from poisoned arrows.

The best way to use Arrowroot (Maranta arundinacea. L) for healing is to take it internally by mixing the powder into juice or any other beverage.

Arrowroot (Maranta arundinacea. L) is a locally grown tuber crop in Indonesia. The arrowroot starch has high digestibility and is commonly used as a thickener in many foods such as puddings and sauces, cookies and other baked goods. Arrowroot is bland, making it suitable for neutral diets, especially for people who are feeling nauseous.

Some people believe that arrowroots help to soothe upset stomachs, which is the reason why many health food stores in Indonesia display arrowroot cookies. The arrowroot tuber contains plenty of starch and other compounds. The starch from arrowroot flour has a nutrition composition of 11.9% water, 0.58% ash, 25.9% amylose, 0.14% protein, 0.84% fat, 8.7% insoluble dietary fiber, and 5.0% soluble dietary fiber.

According to research, there are increasing evidences that diet can modulate immune function in body. Activation of the immune response in our body contributes to our health by reducing the risk of chronic disease or boosting natural immune protection.

There are many substances that promote an immune response. The immunoglobulin production stimulating factors in foodstuffs contributing to development of functional food is of recent high interest.

Arrowroot is an easily digested starch extracted from the roots of the arrowroot plant and is cultivated as a source of food starch which is found in cylindrical rhizomes. It is not exactly a root but rather an underground mass of roots or root system.

The weight is about 30 to 50 g per rhizome. Arrowroot has thin, light-brown skin and white colored flesh. They have a mild flavor and wonderful taste which is ideal for many food items, so it has been used in several food items since ancient times. Arrowroot is highly valued by herbal healthcare specialists mainly because of its demulcent as well as antidiarrheal qualities.

Like many starches, it’s high in carbs but offers various nutrients. A 1-cup (120-gram) serving of sliced, raw arrowroot contains the following:

Arrowroot has a higher protein content than other tubers, packing 5 grams per 1 cup (120 grams), compared with 2.3 grams in the same amount of yam.

Additionally, it provides over 100% of the DV for folate (vitamin B9), which is essential for development during pregnancy and DNA formation. Low levels of this vitamin are associated with an increased risk of birth defects and chronic diseases like cancer.

Arrowroot powder has been used as an aid for digestion for over a century, documented as early as 1900. In recent years, research has shown arrowroot to be an effective natural cure for diarrhea.

Research determined the effectiveness of the powder to decrease diarrhea as well as constipation in patients with Irritable Bowel Syndrome (IBS) and discovered it to be exceptionally successful. Not only does it greatly reduce occurrences of diarrhea, but it also reduces abdominal pain.

Another study concentrated on the use of arrowroot for digestive health in areas of the world where severe diarrhea is common. Research on 3 groups of villages in south India discovered arrowroot water significantly decreased the incidence of diarrhea that was due to poor water and food quality.

While the particular reasons for decrease in digestive problems has yet to be determined, there is sufficient evidence, both historically and in recent years, that arrowroot is an excellent, all-natural, reasonable treatment for problems with digestion. To prevent constipation, it’s suggested that you don’t take arrowroot with other medications or supplements used to alleviate diarrhea.

Arrowroot consists of significant levels of copper and iron. These two crucial minerals are essential parts of red blood cells, which makes arrowroot very good for preventing anemia, which is considered by weakness, fatigue, and cognitive disorders. Besides, by increasing circulation, you encourage oxygenation of your body’s organ systems and extremities, which can boost your energy levels.

The extracts of arrowroot powder display cytotoxic actions that help in building immunity. It means Maranta arundinacea extract increases the production of cells within the immune system.

An evaluation of the immunostimulatory effect of arrowroot in 2012 proved that those same tuber extracts encouraged the immune systems of cells, both when tested in vitro (in test tubes) and in vivo (in a live animal), again proving the usefulness of arrowroot in boosting immune system health.

High concentration of vitamin B within arrowroot makes it an important enzymatic and metabolic substance. The B-vitamin is very important in regulating processes throughout your body, from hormonal release to circadian rhythms, which means that you never want a deficiency in that department!

Arrowroot consists of significant levels of potassium which mean it can be a definite line of defense against heart-related problems. Potassium is a vasodilator, meaning that it relaxes the tension in the blood vessels and arteries, thus lowering blood pressure and decreasing your risks of atherosclerosis, heart attacks, and strokes. Potassium is also known as a cognitive enhancer, encouraging the flow of oxygenated blood to the brain.

Due to its starchy content as well as mild flavor, arrowroot is a safe ingredient to use in food for infants. You can use this starch in many several recipes for your infant or older children, without worrying about it causing tummy aches or other digestion issues.

Arrowroot is also a common ingredient in teething cookies for babies. As a virtually allergen-free product, it’s an ideal gum-soothing component that poses little to no risk of allergic reaction.

Read Also: How to Grow Herbs and Spices in Urban Areas

One particular member of the B family of vitamins is folate, which is found abundantly in arrowroot. Researches have shown that folate is important for expecting mothers, since it can help to prevent neural tube defects in their unborn child. Folate is also an essential factor in DNA synthesis and healthy cell division, thus promoting rapid healing and healthy growth.

Arrowroot is low in calories as compared to other starches like potatoes, yams or cassava. Due to this, people trying to remain on a diet can get complex carbohydrates and a wealth of nutrients, as well as a healthy dose of dietary fiber, and disregard the desire to snack between meals. Arrowroot fills you up and gives you the minerals and vitamins your body needs.

Women are more prone to urinary tract infections, or “UTI’s,” and are frequently recommended cleanliness and foods to help stave off future infection as well as calm inflammation. One such food is Arrowroot can be one of the effective home remedies for bladder infections or UTIs.

Arrowroot is a demulcent, which is simply a calming substance used to relieve pain in inflamed or irritated mucous membranes. As it earned its name by serving as a treatment for poisonous arrow wounds, it’s no surprise that this useful plant relieves inflammation.

The antiseptic features of arrowroot help treat UTI’s and also prevent some future flare-ups, so doctors often recommend common ingestion of it for women with frequent infections.

Celiac disease seems to be the new global disease, and people are looking for gluten-free alternative to traditional starches and wheat. Arrowroot is one of the best gluten-free substances, making it very popular in recent years, as it can prevent the gastrointestinal discomfort, pain, and danger that those handling gluten intolerance must face every day.

One interesting feature of arrowroot is its capability to fight foodborne pathogens that cause illness. Research has demonstrated a reduction in pathogens in various foods, particularly liquid foods such as soup. Here, arrowroot tea hugely reduced the amount of salmonella virus in the soups that were tested.

This is yet another reason why arrowroot is a suggested medicinal food ingredient to keep the digestive system safe. It also speaks to some far-reaching effects it might have to help protect people in third-world countries from some of the more common infections due to poor water quality.

When compared to other root vegetables and starches acquires from tubers, arrowroot has a higher concentration of protein, an important component of any diet. By increasing our dietary intake of plant proteins, which are easier to process than animal proteins, we can assure healthy growth and development.

Other traditional uses and benefits of Arrowroot

Here are more resources and products for further use: 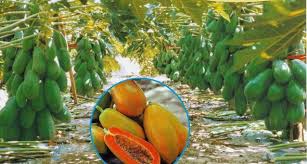 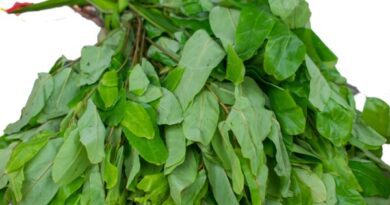