Ruminant Farmers always ask “At what age is best to buy ruminants one intends to raise”? Well the best time to buy them is usually after they are weaned. For cattle, I will recommend any time after 6 months, for sheep and goat, they can be purchased anytime after 2 months.

However, if one is interested in buying adult animals especially those that have been giving birth before, one must take time to know why the farmer is selling and the reproductive history of the animal in question. This is because a farmer hardly sells off adult and productive animals unless there is a problem.

How to hold (restrain) the ruminant animals to check their teeth

How to hold sheep and goat to check their teeth

How to hold cattle and buffalo to check their teeth

Young animals, like children, have temporary or milk teeth which will be replaced by permanent teeth.

Remember that you will not be able to determine the exact age of the animal from its teeth, but there will be a few months either way.

You should develop the habit of regularly checking the teeth (not just for age) because bad or worn teeth will stop an animal eating or chewing the cud. Such an animal is of no use.

Age of goats and sheep

Age of goats and sheep

Read Also: Ruminant Animal Wounds, Causes, Treatments and How to control it

The study found that while the peak carcass value for Holstein-Friesian cattle was 730 days, the difference in slaughter value between 365 and 730 days was just £135, making them most profitable at 12 months.

Limousin-Holstein-Friesian crossbred cattle reached their peak carcass value at 800 days, although the difference between 365 and 800 days was just £80, making 12 months the most profitable age of slaughter.

Read Also: Importance of Feeding and Drinking Troughs for Ruminant Animals and How regularly they should be cleaned

What Do You Have to Work With?

As you consider the best livestock to raise, consider what you already have to work with. All livestock require room to browse or graze, a barn or shelter and sturdy fencing. How much land you have also determines what you can keep on your homestead. As a general rule of thumb, livestock need the following number of acres per animal:

Each of these animals has different fencing needs. Horses should be fenced with either post and rail or a combination of electric fence and wire or rail fences.

Cattle, goats, sheep and pigs can be pastured with woven wire and electric fences. Chickens need little, if any fencing, and fencing is mostly to keep predators out of the hen yard.

Each animal has different forage requirements, too. Some need a higher-protein diet while others can exist on browse and pasture. Goats and sheep, for example, can sustain themselves on poor-quality forage, and they can even be turned out on cutover land to keep the weeds down.

Other animals, such as cattle and horses, need a higher-quality diet, and dairy cows need the most amount of nutrition in order to produce milk and stay healthy.

Learn all you can about the animals you wish to keep before purchasing your first livestock. Calculate the following as you figure out your costs:

Now multiply your number by the number of months you’ll need to keep the animal until it’s ready to sell.

That number gives you an idea of the final costs of raising the animal until you’re ready to sell it.

Read Also: How to identify the particular disease affecting your Ruminant Animals

Best Livestock to Raise for Money

Beef cattle are generally the most profitable and easiest livestock to raise for profit. Beef cattle simply require good pasture, supplemental hay during the winter, fresh water, vaccinations and plenty of room to roam. You can buy calves from dairy farms inexpensively to start raising beef cattle.

Many dairy farmers breed their Holstein or other milk-producing cows to Angus, Charolais or Hereford bulls to keep the cows lactating. The resulting half-bred offspring are useless to the dairy industry, but they make fine cattle to raise for beef. You can buy directly from dairy farms or at local auctions.

Once you purchase your beef cattle, they’re usually kept in pasture until they’re between 12 and 24 months old. At that age, the meat is generally at peak quality. You will get the best price for the weight at this age.

Pigs or hogs used to be called “mortgage lifters” by old-time farmers because of their value. They’re easy to raise, quickly putting on weight until ready for slaughter, but their feed is inexpensive. They can also be aggressive and dangerous if you’re not used to large animals.

Sheep may be profitable, especially if you can time lambing to specific festivals such as Ramadan or Easter. Many families will pay a premium for a good-quality fresh lamb at this time of year.

Some farmers raise a mix of beef cattle and sheep so they can maximize their profits by having a long-range plan for the cattle sales and short-term sales of lambs.

The Bottom Line: Profit Is Relative

The most profitable livestock to raise depends on many variables. One of the best ways to learn about which types of livestock are profitable in your area is to speak with local farmers.

Drive through the area and see what your neighbors are raising. “Old-timers” are the best sources of knowledge. You can meet them at the farmer’s market, the local agricultural co-op or local service groups such as the Ruritan Club.

Knowledge is power and profit, so learn as much as you can before diving into raising livestock for profit. 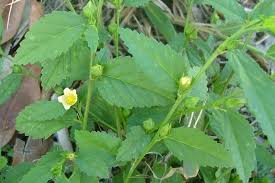