There are many causes of disease in farm animals. The knowledge of what causes disease, and of how animals can get a disease, helps us to know how to prevent disease and to treat sick animals.

Parasites are organisms that have to live on or in other organisms, such as animals, in order to survive. Most parasites are easy to see, although some mites and the early stages of worms can only be seen under a microscope. There are two major types of parasites; the external and internal parasites.

1a) External parasites: Flies, lice, fleas, ticks and mites can cause serious diseases in animals. Some live on the animals for their entire lives, others only spend part of their lives there, while others only visit to feed. They can result in irritation and skin damage in animals. Some parasites can also pass diseases such as red water and three- day stiff sickness between animals.

1b) Internal parasites:Internal parasites (including roundworms, flukes and tapeworms) can cause serious diseases and loss of production in animals. They usually live in the stomach and intestines but also in other parts of the body such as the lungs and liver.

Microbes (Germs) on farm animals are usually too small to be seen with the naked eye, and only a microscope will enable you to see what a microbe looks like. Just because you do not see microbes with your naked eye, does not mean that they cannot cause disease in your animals.

Some microbes are harmless. For example, bacteria surround animals and people, and they even live on our skin and inside our nose, mouth and stomach, but these bacteria do not normally cause problems. • Some microbes are even helpful, such as the ones in our gut which help us to digest food.

Many different microbes can cause disease in animals, but there are four main types:

2a) Viruses:Viruses are the smallest of all microbes. They must live inside cells in order to survive and breed. Viruses cause about 60 % of disease outbreaks in animals and humans.

2c) Fungi: Fungi occur widespread in the environment (soil, air and water) and include mould on stale food and mushrooms. Fungi need to grow on organic material in order to feed, and this can include animals and people. An example of a fungal disease in animals is ringworm.

Some fungi are normally harmless, but can cause disease in some situations, especially after prolonged use of antibiotics. Some fungi can also produce toxins or poisons which can be a problem when food becomes stale or wet.

2d) Protozoa: Some protozoa can live outside cells, especially the type that causes trichomonosis, a venereal disease in cattle. Others need to live inside cells, and include those causing coccidiosis, red water, heart water and gall sickness.

Farm animals can be poisoned by chemicals (such as insecticides and dips), poisonous plants and fungal toxins. They can also be poisoned when bitten by snakes, scorpions and spiders.

Read Also: What are Fungal Diseases in Plants? Find Out

Farm animals can be poisoned by chemicals (such as insecticides and dips), poisonous plants and fungal toxins. They can also be bitten by snakes, scorpions and spiders.

Lack of enough food or lack of a particular part of the food (such as phosphorus) can also cause disease. Malnourished animals may develop other diseases because they are weak.

Metabolic diseases are an upset in the normal functioning of the animal (that is not caused by infection, poisoning or feed deficiencies) and usually result from intensive animal production. An example is milk fever in highly-productive dairy cows.

In some cases animals can be born with a disease, Some of these may be inherited (passed on from the parents). This is rare, and inherited diseases are usually seen at birth. An example is congenital hydrocephalus, which is a swelling of the brain caused by fluid, and can be clearly seen as a swelling of the head.

Environmental problems, such as littering, contribute to some diseases to farm animals, for example, animals may eat plastic bags or wires and this can harm the farm animal’s health.

7a) Cancer: Cancer occurs when some of the cells in the body grow in a way that is different from normal. Illness occurs because of  the pressure of the growth on other parts of the body and the fact that affected parts of the body cannot function normally. Cancer can also cause signs such as fever and loss of condition and in some instances viruses can cause cancer.

7b) Allergies:  Some diseases are caused by allergies, which is when the body’s own immune system attacks part of the body.

7c) Degenerative disease: Some diseases are caused by parts of the body breaking down, particularly as a farm animal becomes older.

How to Prevent the Diseases on Farm Animals 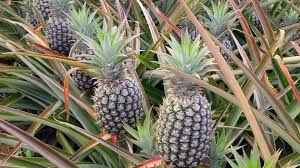 How to Control Pests and Diseases in a Pineapple Farm 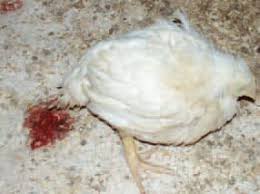