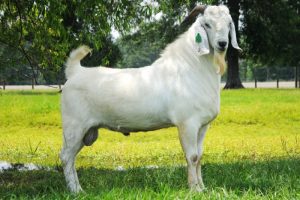 Goat farming (including baby goats) and any breed of goats at all e.g. Pygmy goat, Australian Miniature Goats, Nigerian Dwarf Goats and others involves the raising and breeding of domestic goats as a branch of animal husbandry. People farm them principally for their meat, milk, fibre and skins.

There are two major types of goats reared in Africa:

These include the different breeds of goats which are basically reared for milk production.They are so many breeds but the commonest in Africa include the following:

This is a breed of goats that originated from the Saanen valley of Switzerland. Its the highest and most consistent diary producer producing 3-7ltrs of milk and in Uganda,it can mostly be located in kasese district, mbale district and a few in masaka.

This is another diary goat breed that originated from the toggenburg valley of Switzerland, Fawn chocolate in colour and a very consistent producer of milk with about 3 ltrs daily.

This is a breed of diary goats that originated from The French alps. They have variable coat colors.

This is a breed of diary goats of British origin that were also bred by crossing native British goats with large eared goats imported from India and north Asia.

These are the very commonest breeds of goats in Uganda and the include.

These are very huge and large meat goats originating from Southern Africa. On average, a nanny weighs between 80-90kgs while a buck weighs between 100- 120kgs.They are white in color with a brown head and have large,floppy distended ears.

They are found in most regions of the country and perform well in Arid and semi arid areas.

This is a Hardy South African breed of meat goats. On average, a nanny weighs between 60-70kgs while kids at 100 days weigh between 20-30kgs.They are white in color, floppy ears and found in a few regions in Uganda. They are Hardy goats and withstand tough conditions and more resistant than their compatriots the Boer goats.

This is the local breed of goats in Uganda. It known to have been the native breed of goats first raised in western Uganda but with time,they became more concentrated in Mubende district hence the name ” Mubende breed”.

They are a very good breed of goats that can withstand all kinds of harsh weather and show resistance to diseases.They have variable coat colors but mainly black, white and brown and sometimes mixed. A mature nanny on average weighs between 30-40kgs.

Read Also: Goats eating Nylon and What you should do to resolve the issue

Read Also: Vent Pecking (Cannibalism) among Poultry Chickens and Ways to Control Them

Read Also: 10 Things you should know about Noiler Chickens

Do you have further questions or any other form of contribution regarding other breeds of goats that you know about that wasn’t mentioned on this post? then kindly use the comment box below for all your contributions.

How Poultry Farm Odors can be Tackled