Different species of fish have different physiological optimum temperatures and that temperature changes do not equally affect the voluntary feed intake.

Feed intake, as well as, growth, can sometimes be accelerated by increased photo-period. Factors such as oxygen and ammonia concentration in water have marked and predictable effects feed intake.

Lower Dissolved Oxygen and elevated ammonia in water lead to a diminution in feed intake in cultures fishes.

A long photo-period stimulates feed activity, whereas a short photo-period leads to a reduction in feeding. Different combinations of light intensity and tank color modify the feeding behavior and food detection efficiency by of fish larvae.

Inappropriate contrast may result in reduced feeding. Use of dark-walled tanks can facilitate prey detection by improving the contrast between the food and the background.

Larvae or juveniles that show a photo tactic response may be attracted by bright light reflecting from tank walls, and this may influence feeding.

Turbidity interferes with light penetration and the ability of fish to detect food which has a negative effect on feeding.

Temperature influences several processed which are directly or in directly related to food demand and feeding activity.

The optimum temperature range is the range over which feeding occurs and where there are no signs of abnormal behavior linked to thermal stress.

Food intake by fish increases with increasing temperatures reaches a peak and then falls more or less dramatically at supra-optimal temperatures.

Fish continue to feed at temperatures that exceed those at which intake is highest. Acute variations of temperature can induce marked changes in the feeding activity of fish.

Read Also: Earthen Pond Management: Steps to take before putting the Fish in the Water

Waves and water current can impact on fish feeding. Both wave heights and frequency can have an impact on feeding of fish held in non-rigid cages, which dissipate very little of the wave energy.

Winds and Rainfall may lead fish to move away from the water surface, and this may affect feeding by restricting fish to certain parts of the water column. Wind direction could influence feeding.

Excessive water velocity may reduce the ability of fish to capture passing food items, whereas the generation of moderate water currents in fish tanks may result in improved feed distribution and give better feeding conditions.

Dissolved oxygen is potentially a limiting environmental factor, especially at high temperature. Local oxygen depletion can occur in eutrophic or stratified lakes, ponds, oxbow or backwaters, and this generally induces an avoidance reaction.

If this results in fish becoming separated from their primary forage, feeding and growth may be substantially decreased.

The effect of low oxygen concentration on fish metabolism, feeding and growth may vary substantially between species and life stages. Early life stages may be less sensitive to changes in oxygen than older fishes.

The initiation of exogenous feeding in several freshwater species has been found to be delayed under low oxygen concentrations.

The exposure of fish to an extreme salinity gradient imposes energetic constraints. Food intake and growth reach a maximum at the mid-point of the salinity tolerance range.

Rearing freshwater species at the upper end of the salinity range for growth may be profitable since these conditions apparently permit some fish to endure lower oxygen concentrations.

High stocking density is often considered to be a stressor with detrimental effects on feeding, growth and a range of physiological processes.

In environments where feeding places are limited in number, surface or volume, or when the feed reward is limited, high stocking density may depress growth, increase inter-individual variations and eventually promote cannibalism, since not all fish gain access to food.

The improved growth resulting from exposure to water currents or reduced light may be lesser proportions in fish reared at high stocking density than those reared at low density.

Fish have pronounced effects on each other when they feed in groups, even when unlimited feed is available.

When among fish of the same species, each fish tends to consume less feed when feed alone, it has been speculated that the proximity of 2 or more fish at the same species stimulates each to increase its rate of feeding, probably due to competition.

There is a reduction in feed intake due to increased stocking density with highly territorial fishes. 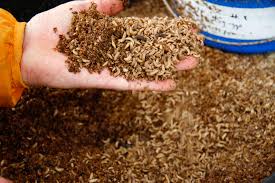 How often is recommended to give maggots to the fishes 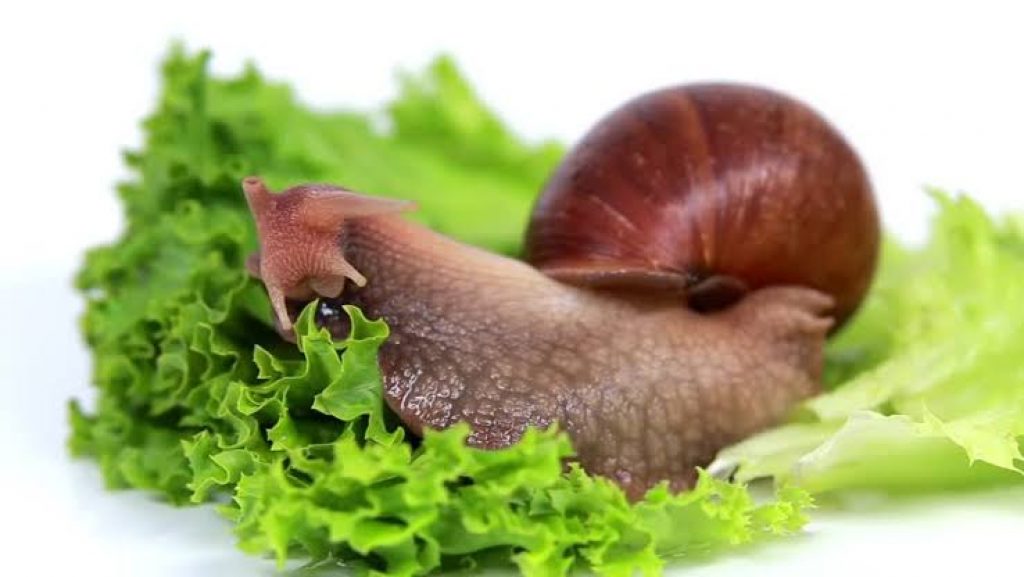 Things to know about Snails and Snail Farming

How to Prevent Flies on a Ruminant Farm