Gray Leaf Spot (Stemphylium spp) is a fungus which induces small spots on leaves and stems. It can spread quickly by rain and irrigation. It affects crops like Eggplant, Hot pepper, Sweet pepper and Tomato.

Stemphylium solani is a plant pathogen fungus in the phylum Ascomycota. It is the causal pathogen for grey leaf spot in tomatoes and leaf blight in alliums and cotton, though a wide range of additional species can serve as hosts.

Symptoms include white spots on leaves and stems that progress to sunken red or purple lesions and finally leaf necrosis. S. solani reproduces and spreads through the formation of conidia on conidiophores.

The teleomorph name of Stemphyllium is Pleospora though there are no naturally known occurrences of sexual reproduction. Resistant varieties of tomato and cotton are common, though the pathogen remains an important disease in Chinese garlic cultivation.

Gray leaf spot which sometimes can be called grey leaf spot is a common disease of tomato and pepper in warm, humid production areas such as the southeastern U.S.

During warm, wet weather, spores of the gray leaf spot fungi germinate quickly in free moisture on the plant leaf and directly penetrate susceptible plants. The spores are dispersed readily by wind, but can also be spread by splashing rain and irrigation water.

The gray leaf spot fungi survive pathogenically on alternate hosts such as gladiolas, solanaceous weeds, volunteer tomato, and in and on dead and decaying crop debris. The pathogens can survive long periods of time in crop debris.

It affects the leaflet with several brown-red specks with angular shape and surrounded by a yellow area. The center turns grey and pierces itself. Leaves turn yellow and can fall.

Gray leaf spot symptoms are limited almost entirely to leaves, but when conditions are very favorable for disease, stem and petiole lesions can form. Disease symptoms are generally more prominent on tomato than pepper.

Spots later dry out and develop cracks before the entire leaf turns yellow. The infected leaf dies quickly and drops from the plant. Gray leaf spot does not affect fruit, but defoliation reduces fruit yield and grade

In same case, elongated spots can appear on young stems. Fruits are not affected.

Stemphylium solani is of greatest concern in tomatoes, potatoes, peppers, garlic, onions, and cotton, though a wide range of over 20 species have proven susceptible. In tomatoes and potatoes, the resulting disease is known as grey leaf spot. In alliums it is known as leaf blight. Additional hosts are listed below.

Brown specks scattered through the leaf surface is a characteristic symptom of gray leaf spot.
These specks enlarge become necrotic and breaks off from the center. necrotic spots can also merge causing collapse of large areas of the leaf tissue.

Underside of a leaf with gray leaf spot. Severe necrosis can be noticed throughout the underside as well as to the margin of the leaves.
This can cause severe defoliation. When the infection becomes severe leaves of infected plants drops from the plant.

Conidiophores (conidium bearing hyphae or filament) and conidia (spores) of Stemphylium spp.
Diseased transplants is a major mode of dissemination of the disease. Conidia can survive in plant debris and can easily spread by wind/air-movement.

Some varieties of tomatoes like: F1 Mongal, F1 Jaguar, F1 Nadira, F1 Linda and F1 Thorgal can be used. 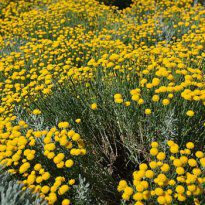 Basket of Gold Flowers – All You Need to Know 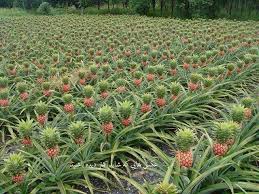 How and When to Fertilize a Pineapple Farm