Early man lived on wild game, leaves, roots, seeds, berries, and fruits. As the population increased, the supply was not always sufficiently stable or plentiful to supply his needs. This probably led to the practice of crop production.

The art of crop production is older than civilization, and its essential features have remained almost unchanged since the dawn of history. These features are:

The early husbandman cultivated a limited number of crops, the cereals being the first to be grown in most parts of the world. The same crop was often produced continuously on a field until low yield necessitated a shift to new land. This is still common in parts of Africa.

A modification of this practice was the introduction of bare fallow every two or three years. This primitive husbandman removed by hand the destructive insects in his fields and appeased the gods or practiced mystic rites to drive away the evil spirits he believed to be the cause of plant diseases.

With advancing civilization, materials such as Sulphur, brine, ashes, white-wash, soap and vinegar were applied to plants to suppress diseases or insects attack.

Cultivated plants are products of human achievement and discovery which has enable man to provide his food and fiber needs with progressively less labour.

The first successful domestication of plants by man has recently been suggested to have occurred in Thailand in Neolithic times.

The value of lime, marl, manures, and green manures for the maintenance of soil productivity was recognized 2000 years ago. Books on agriculture written by the Romans about the 1st century A.D.

Describe the growing of common crops including wheat, barley, clover, and alfalfa by procedures very similar to those in use today except that more of the work was done with hand and the implements then used were crude.

Chemists and Agronomists have found supplements for manure and ashes formally used as fertilizers. Rotations perhaps are slightly improved. Many new crop hybrids and varieties (cultivars) have been developed. The control of weeds with herbicides was realized in the 20th century

Improved cultural methods, doubtless, followed observations made by primitive farmers. They discovered that crops yield better where manure, ashes or broken limestone had been dropped, or where weeds were not allowed to grow, or where soil is darker, deep, or well watered or where one crop followed certain other crops.

Observations or empirical trials quickly revealed, roughly, the most favourable time, place, and manner of planting and cultivating various crops. These ideas were handed down through the generations.

Eventually, the exchange of ideas, observations, and experiences, through agricultural societies and rural papers and magazines, spread the knowledge of crops. 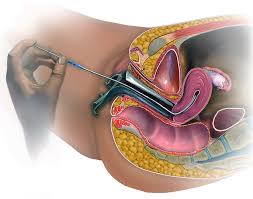 One thought on “Historical Development of Crop Production”