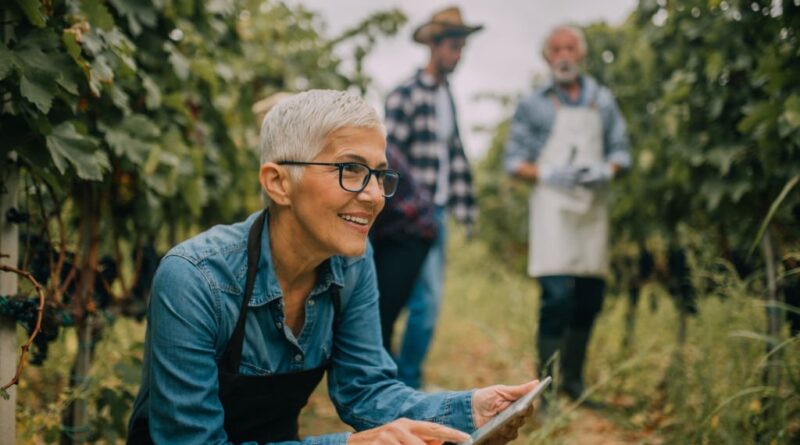 Agriculture originated in pre-historic times. Before agriculture, people lived in hunter-gatherer cultures, i.e. by hunting wild animals and gathering edible plants. The herds were plentiful and edible plants grew luxuriantly in the environment.

However, with the migration of the herds in the wild man was forced to follow them about and in the process, found a new variety of edible plants to supplement their diet. Several decades of random and systematic transformations of these primitive practices have resulted in complex, more sustaining, and efficient modern sedentary (settled) systems of food, feed, and fibre production for the ever-increasing population of man worldwide.

Agriculture was developed independently by geographically distinct populations. Archeological evidence showed that animal domestication (mainly dogs used as hunting aids) started thousands of years before 7000 B.C., which marked the beginning of agriculture. Further evidence indicates that the keeping of sheep and wild ox and wheat cultivation was practiced in 9800 B.C. in Kurdistan.

However, intensive food gathering involving permanent settlements and extensive use of existing plants appeared to have started in the Near East around 9000-7000 B.C. Thus, although farmers sporadically used wild cereals earlier, systematic agriculture was first practiced in Southwest Asia in the Fertile Crescent (present-day Southern Iraq and Syria).

There are several archeological theories of the beginning of seed sowing. However, one theory suggests a correlation between seed spill during migration and sudden abundance of the plant and the evolution of the knowledge of seed storage and subsequent re-seeding for future food supplies.

There is confirmation that agriculture-oriented farmers started the selection and cultivation of food plants with desired characteristics around 9500 B.C. The eight “founder” crops of agriculture were emmer, einkorn wheat, hulled barley, peas, lentils, bitter vetch, chick peas, and flax.

This practice reached Egypt in 7000 B.C., from where it then spread to the Indian subcontinent with wheat and barley cultivation and followed thereafter, by mid-scale farming on the banks of the Nile River in 6000

B.C. At this latter time, rice became the primary crop in the Far East as mung, soy, azuki, and taro in China and Indonesia. In addition, highly organized net fishing of rivers, lakes, and ocean shores in these areas provided considerable volumes of essential protein complements of carbohydrates.

Intensive cultivation of land, monocropping, organized irrigation, and the use of a specialized labor force were developed by the Sumerians in the Persian Gulf around 5000 B.C. In this civilization, the townships provided central services of seed storage that the villages could not handle.

Similarly, the large-scale use of animals for food/fibre and as beasts of burden evolved with the domestication of wild aurochs and mouflon into cattle and sheep, respectively. Thus, the shepherd became an essential complementary provider of food and fibre for sedentary and semi-nomadic societies.

Other crops such as maize, manioc (cassava) and arrowroot were first domesticated in the Americas around 5000 B.C. while the potato, tomato, pepper, squash, beans, Canna, tobacco, etc developed in the New World. Also, extensive terracing of steep hillsides was developed in Andean South America.

In later years, the Greeks and Romans made few fundamentally new advances based on techniques pioneered by the Sumerians. The Greeks and Macedonians became dominant agrarian societies for years, despite the limitation of poor soils for agriculture. The cultivation of crops for trade was emphasized by the Romans.

Agriculture in the Middle Ages

Further agricultural advances were made with the development and dissemination of agricultural technologies including irrigation systems based on hydraulic and hydrostatic principles, the use of machines (e.g. norias), water-raising machines, dams, and reservoirs by the Muslim farmers of North Africa and the Near East.

They wrote Farming manuals, which were suitable for specific locations and instrumental to the wider adoption of crops such as sugar cane, rice, citrus fruit, apricots, cotton, artichokes, aubergines, and saffron. The Muslim farmers also introduced crops such as lemons, oranges, cotton, almonds, figs, and bananas to Spain.

The vast improvement in agricultural efficiency in modern times arose from the invention of a three-fold system of crop rotation during the Middle Ages and the importation of Chinese-made mouldboard plough.

Several varieties of wheat and spice were also exchanged between the two worlds. Concerning the animal trade, the most significant exportation was that of the horse (including donkeys and ponies) from the Old World to the New World, essentially as beasts of burden.

By the early 1980s, the improvement in agricultural techniques (primitive genetic engineering in the 1950s), implements, seed stocks, and cultivars led to considerable improvement in yield per unit of land over the level recorded in the Middle Ages.

In particular, agricultural mechanization (especially tractorisation) improved rapidly between the late 19th and 20th centuries (e.g. mechanical tomato harvesters in the early 1960s in the USA) allowing farming activities to be carried out more speedily and on an incredibly large scale.

This culminated in tremendously high farming efficiencies in nations such as the USA, Argentina, Germany, and Israel, and associated super-optimal high-quality produce per unit of land. 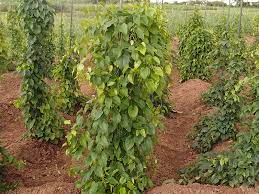 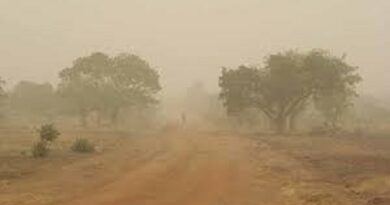 Harmattan and Its Effect on Crop Production