Cashew, (Anacardium occidentale), evergreen shrub or tree of the sumac family (Anacardiaceae), cultivated for its characteristically curved edible seeds, which are commonly called cashew “nuts” though they are not true nuts. The domesticated cashew tree is native to the New World but commercially cultivated mainly in Brazil and India.

The cashew tree (Anacardium occidentale L.) is a medium-sized tropical tree usually cultivated for its fruit (cashew nut) and pseudofruit (cashew apple). It is also a multipurpose species that provides a broad range of services. About 30-40% cashew kernels are discarded during the process of roasting and are then fed to livestock.

The seeds, rich in oil and distinctively flavoured, are commonly used in South and Southeast Asian cuisine and are a characteristic ingredient of numerous chicken and vegetarian dishes of southern India. In Western countries they are eaten mainly as a premium-quality protein-rich snack food.

Cashew nuts are actually seeds that adhere to the bottom of the cashew apple, the fruit of the cashew tree, which is native to the coastal areas of northeastern Brazil.

Cashew apples, while not known in the U.S., are regarded as delicacies in Brazil and the Carribean. The seed we know as the kidney-shaped cashew “nut” is delicate in flavor and firm, but slightly spongy, in texture.

You have probably noticed that cashews in the shell are not available in stores. This is because these nuts are always sold pre-shelled since the interior of their shells contains a caustic resin, known as cashew balm, which must be carefully removed before they are fit for consumption. This caustic resin is actually used in industry to make varnishes and insecticides.

Cashews, known scientifically as Anacardium occidentale, belong to the same family as the mango and pistachio nut.

The cashew tree is native to northeastern coastal areas of Brazil. In the 16th century, Portuguese explorers took cashew trees from this South American country and introduced them into other tropical regions such as India and some African countries, where they are now also cultivated.

The cashew tree has always been a prized resource owing to its precious wood, cashew balm and cashew apple, but the cashew nut itself did not gain popularity until the beginning of the 20th century.

The tree produces wood that is useful in local economies for such practical items as shipping crates, boats, and charcoal as well as for a gum that is similar to gum arabic. The resin within the shells of the fruit is used as an insecticide and in the production of plastics; it also is important in traditional medicines.

The cashew apple is used locally in beverages, jams, and jellies, though most cultivation is directed toward production of the valuable seed crop. Parts of the cashew must be handled with care by susceptible individuals because it is related to poison ivy and poison sumac and can cause an allergic reaction in some people.

The cashew tree is a multipurpose species, and cashew products have a wide range of uses. The kernel of the cashew nut, the pseudofruit (cashew apple) and the leaves are edible. Almost all parts of the cashew tree are reported to have ethnomedicinal properties.

Read Also: How to Select, Store and Enjoy Cashew

The plant may grow to 12 metres (40 feet) in height where the soil is fertile and the humidity high. The leathery leaves are spirally arranged and elliptical in shape. The curved fruit, which is not a true nut, is shaped like a large thick bean and can reach more than 2.5 cm (1 inch) long.

It appears as though one of its ends has been forcibly sunk into a pear-shaped swollen stem (hypocarp), called the cashew apple. The cashew apple, which is an accessory fruit (e.g., not a true fruit), is about three times as large as the true fruit and is reddish or yellow. The true fruit has two walls, or shells.

The outer shell is smooth, thin, and somewhat elastic and is olive green until maturity, when it becomes pale brown. The inner shell is harder and must be cracked like the shells of nuts to obtain the edible seed inside. A brown oily resin is produced between the two shells and can blister human skin.

The cashew apples are picked by hand, and the curved fruits are first detached and then sun-dried. In some localities the dried fruits are roasted amid burning logs, where the heat causes the outer shells to burst open and release the caustic resin.

The resin quickly catches fire, giving off fumes that can be injurious to the eyes and skin. In improved methods of roasting, the poisonous properties are dispelled in roasting cylinders. Later the inner shells are broken open by hand and the kernels heated to remove the seed coat.

Drought tolerant if soils are deep, and can grow in areas receiving only 30-50″ of rain per year

Propagation is most often by seed, planted directly in the field where the tree is to be sited.

Rootstocks – generally none, but cashew seedlings can be used for rootstocks for grafted trees.

The cashew apple and nut abscise from trees naturally when ripe. Maturation occurs over a period of several weeks during the dry season.

Nuts are collected from the ground by hand. Frequent passes though the planting must be made if apples are to be utilized, as they are highly perishable. Rain at harvest may increase rot and stimulate nut germination.

The presence of caustic cashew nut shell liquid (CNSL) in the shells makes cashew processing more difficult and hazardous than for other nut crops. After harvest, the nuts are dried in the sun or in simple tray driers and stored for processing later.

Dried nuts can be stored for about 2 years at room temperature after reaching water contents of 5-10%. Nuts are re-hydrated partially by soaking or storing in high humidity since this facilitates extraction of whole kernels and CNSL.

Nuts are separated by size before roasting to ensure uniformity of the roasting process. After roasting, nuts are shelled either by hand or in machines.

Vacuum packed, roasted nuts can be stored for up to one year, and carbon dioxide packing extends life an additional year.

Read Also: Complete Guide on How to Grow and Care for Mango

The Cashew’s Contibution to Diet

The cashew apple may be consumed fresh, but contains high quantities of tannins yielding a bitter taste and dry mouth feel. It is more often cooked, partially dried, or candied, as in the Dominican Republic and India.

The alcoholic drink, Feni, is made from fermented cashew apple juice in India. The wine made from the juice is said to be the finest made from tropical fruits. Per capita consumption of cashew is 0.8 lbs/year in the USA.

Here are more amazing cashew farming books and other related resources to guide and assist you further: 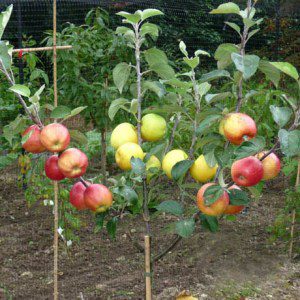 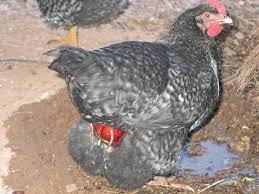 Causes of Vent Pecking, Prolapsed Vent and Cannibalism among Chickens