The cat is the only animal, aside from humans and primates, which spontaneously develops type 2 diabetes. Therefore, researchers are interested in studying how diabetes develops in cats in order to learn more about the disease in general.

Now an interdisciplinary team of researchers from the University of Copenhagen have come a step closer to understanding the disease by studying it in cats. The new study shows that the composition of gut bacteria in cats suffering from diabetes is different from the composition seen in healthy cats.

‘We can tell that the diversity of gut bacteria is reduced in cats with diabetes. The same has been detected in humans, and there thus appear to be more similarities in diabetes across species than previously assumed. In fact, our results disprove another, smaller study’, says PhD Student Ida Nordang Kieler from the Department of Veterinary Clinical Sciences.

The researchers have studied 82 cats from Denmark and Switzerland, and as there were no differences between the two populations, the results thereby relate to diabetes and not the origin or lifestyle of the cats. At the same time, they have received interdisciplinary input from researchers in other fields.

‘We would not have been able to complete this study without interdisciplinary collaboration. It has really strengthened our results that we have been able to get feedback in the process and develop the study design together with experts from different fields’, says Professor Charlotte Reinhard Bjørnvad from the Department of Veterinary Clinical Sciences.

The researchers have collaborated with leading researchers from the Novo Nordisk Foundation Center for Basic Metabolic Research and the Natural History Museum of Denmark. The collaboration provided the veterinary experts with valuable ideas on genetics across species as well as gut bacteria and diabetes in humans.

In the future, the researchers hope to be able to use studies like this one to better understand and treat diabetes in cats, while perhaps at the same time enhancing our knowledge of glucose metabolism and diabetes in humans. Because some uncertainties are easier to control in animal tests, Charlotte Reinhard Bjørnvad explains.

‘We hope that more researchers want to collaborate on studying diabetes in cats, because in some respects these studies are easier to control than studies involving humans. You can control the nutrition of the cats meticulously and thus remove any disturbing elements and, with fewer animals, get more stable results’, she elaborates.

In addition, the researchers are now trying to establish a complete library of intestinal bacteria in cats, a type of encyclopaedia for researchers studying cats. Such libraries are already available for humans and dogs. To do so they will continue to collaborate with the researchers from the Natural History Museum of Denmark.

Reference: Materials provided by University of Copenhagen The Faculty of Health and Medical Sciences. 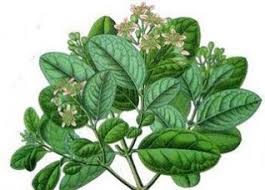 Methods to use in Cross-Breeding Animals 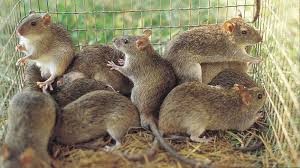