In ascertaining the quality of feed and water to be used for your ruminant animals, there are a lot of factors to be considered.

First is the source, find out how long the ingredients to be used for your feeds have stayed in the feed mill, check the physical features of the feed and water. These include the color, odor and if possible the taste.

The final step is to take your feed and water sample to the laboratory of your choice for test.  It is in the laboratory that you will request for whatever you like to test on the feed and water. The tests usually include tests for microbial content; Aflatoxins can also be tested for in the feed.

There is also a test to confirm the presence of salmonella organisms in your feed or water. These tests are however better carried out with the guidance of your consultant/expert because what you are looking for will determine the kind of test you will request for and A Vet. Doctor will make recommendations for the necessary tests.

Water is essential for life and should be regarded as a major factor in livestock animals rearing and management. Here we present 7 factors that determine the water requirement of farm animals.

Water is a key factor in the digestion and absorption of nutrients such as carbohydrates, proteins, and fats. Water also helps in exhaling the body waste after digestion and helps in the discharge of some toxic metabolic products such as urea.

A lack of water will, therefore, have more immediate and drastic effects on body physiology than the lack of other nutrients. Water is also a key factor in increasing the rate of production. It accounts for about 80% of the total milk produced.

In pregnancy, water constitutes a high proportion of total placenta and has an important role in the prevention of abortions and other reproductive problems.

Water also helps regulate the temperature of the body through saliva, sweat, breathing, and other vital means used by the animal to reduce the heat burden.

Furthermore, in terms of health management and disease control, it is preferable to add medication to drinking water than to mix them with feed. This helps ensure fast and easy medication and also ensures an adequate consumption of the drug. Sick animals usually have a tendency to stop eating while in most cases they continue to drink water.

A lack of water will have more immediate and drastic effects on body physiology than the lack of other nutrients. Photo: Frank Uijlenbroek

Factors that Determines How Much Water is Needed

Water requirements vary according to several factors, including:

The average daily water requirements are about 30kg for all types of cattle and about 4kg for sheep and goats. These differences between species are due to different body size as well as other factors related to metabolic activity and level of production in each case.

Sheep are better able than cows to survive in environments where the amount of water available is less than the daily amounts mentioned above, due to the low moisture content in the faeces of sheep and the presence of large salivary glands secreting a daily amount of 15kg saliva, which is greater than the amount secreted by cattle when measured on the basis of body weight.

The tail area in sheep contains large amounts of fat, which is chemically composed of fatty acids and glycerol. Glycerol itself is a carbohydrate material that provides the animal’s metabolic water when hydrogen contained in this material is combined with oxygen circulating in the bloodstream.

Thus, the animal may not feel thirsty even with limited amounts of water from external sources or when this water is cut off for limited periods. Some sheep tend to change the grazing system when exposed to high temperatures as an alternative way to alleviate the problem of scarcity of drinking water needed to reduce the heat load, especially in the case of the low moisture content of the pastoral plants.

There is no reference to the existence of such a natural mechanism in cattle. They can control the heat load during grazing only if they have shelters or other artificial equipment.

Read Also: How long concentrates should be stored before feeding them to Ruminant Animals

Age of the animal

For the same type of animal, the requirements for water may vary according to age, mainly due to the percentage of water in the animal’s body. For example, the newborn’s body contains 75-80% water, gradually decreasing to about 50% with age due to the changes in metabolic processes and the increased deposition of fat in the body, which naturally follows the low rate of water consumption during that period for the reasons mentioned earlier.

Cattle tend to increase water intake as temperature rise, with 27°C being the temperature where marked changes in water intake are noted (Table 1). This may be attributed to the animal’s need to dissipate body heat and/or the reduced feed intake (by 30% or more) under heat stress and the animal’s need to maintain the sensation of gut fill by drinking a larger amount of water.

The daily needs of water increase depending on the level of production. For example, a cow that produces 10kg of milk per day needs about twice as much water as another cow produces 5kg, assuming that the other factors affecting water consumption remain unchanged.

The amount of water required per day is increased if the animal is fed a diet containing a low percentage of moisture such as hay or straw (10% moisture) compared to the state of feeding on another diet based primarily on silage, which contains about 70% moisture.

With the same type of feed, the moisture level may vary from time to time on the same day. For example, it is found that in some types of pastoral shrubs such as Acacia, the moisture level is about 1% during the day, and then increases to 30% after 4 hours of sunset, then to 40% after 8 hours, which affects the rate of water consumption during these different periods of grazing.

The percentage of moisture in the feed material also varies according to the method of manufacture of the feed material. For example, if concentrates are produced in the form of pellets, their moisture content is reduced due to high temperatures during the manufacturing process.

This, in turn, increases the water consumption rate compared with non-processed concentrate feeds. The difference here is more evident in beef cattle reared for fattening, where the percentage of concentrate feeds amount to about 50% or more of the total animal feed consumed daily.

The daily needs of drinking water vary according to the different energy source in the feed. In the diets where starch constitutes an essential source of energy, water consumption increases in comparison with the diets to which fats are added in large amounts to provide energy. This is mainly due to the difference in the quantity of body water produced in each case (0.56g/g for starch oxidation versus 1.70g/g for body fat oxidation).

Protein level in the feed

The amount of water needed by the animal increases daily depending on the increase in the proportion of protein in the food. In this case, the animal needs extra water to dispose of the excess nitrogen from the body through the urine in the form of urea dissolved in water.

This phenomenon is more evident in mammals, but in other species such as birds, the primary product of protein breakdown is uric acid, which is disposed from the body in a solid state without the need for additional water for the purpose of dissolution.

The addition of fishmeal to the concentrates also leads to increased water consumption because it contains large amounts of sodium salts. In this case, the animal will need additional amounts of water to dissolve the salts and thus reduce its thirst. 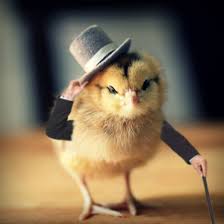 Different Breeds of Poultry Birds and Their Uses