Maize is a warm-season annual that is best planted after the soil temperature reaches 60°F, usually two or three weeks after the last frost in spring. Corn planted in cold, wet soil is unlikely to germinate.

• Corn can take from 60 to 100 days to reach harvest depending upon variety and the amount of heat during the growing season.

Maize is a tender annual and a member of the grass family that can grow from 4 to 12 feet tall. One to two ears of corn form on the side of each tall, green, grass-like stalk.

Flowering tassels form at the top of each stalk; pollen falls from the tassels onto silky threads growing from each ear below. Each silk is connected to an unfertilized kernel.

Each ear of corn forms as many kernels as the number of silks that were pollinated. (Tassels are the male flowers of the corn plant. Kernels and ears are the female flowers.) Kernels of sweet corn can be yellow, white, black, red, or a combination of colors.

Read More: How to Cultivate Hybrid Maize in Nigeria

Number of propagation per hole: 3 to be later thinned to 2 from two to three weeks after planting.

Method of harvesting: Cob torn from parent while green or dry.

2) Starch extracted and taken as “ogi”

Read Also: The History and Spread of Cultivated Crops

Importance of Multivitamins in Poultry Production 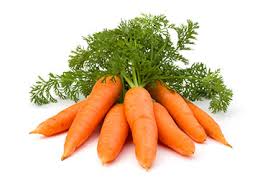 Carrots Farming Guide: All You need to Know About