Cassava flour can be complemented with a large number of ingredients that provide the nutrients needed to obtain balanced food rations for poultry. Soybean (full fat) is presented as a very special and synergetic resource in the design of programs with high nutritional quality.

Animal feed has always been a major limiting factor in the growth of the livestock industry in developing countries as most of the feed ingredients are always imported thereby making a large proportion of foreign exchange to be spent for this purpose.

Today, we are going to discuss the unit operations in the production processes of cassava chips, pellets and feed grade single cell protein from cassava roots and by-products, together with the current research efforts to improve these processes.

Small farmers choose to process cassava into cassava chips for animal feed in form of cassava chips, pellets and feed grade single protein. The cassava plant which is made up of the roots, leaves and the stem is a very good source of carbohydrate and protein.

The different parts of the plant can also be used as animal feed, the cassava roots can be chipped and pelletized and used as feed while the root peel, broken roots, fiber and baggage from cassava starch processing can be dried and used directly as animal feed or as a substrate for single cell protein production.

Processing cassava into cassava chips for animal feed is increasing in importance in the developing countries of Latin America and Asia where an export market for this commodity is developed. The European Economic Community imports about 6million tones of cassava annually in the form of pellets or granules.

Read Also: Guide on How to Make Bread with Cassava Flour

Now let us discuss the step by step process on how to process cassava into cassava chips for your animal feed:

Step 2: Peel and wash the cassava, this can be done manually or using a cassava peeler.

Step 3: Cassava Chipping: In many households, chipping is usually done manually by hand or by a simple machine which consists of a driven disc with radial chipping slots fitted with cutting blades.

Step 4: Cassava chips drying: This can be classified based on the cost and the technological level of the farmer.

Natural drying, one of the methods used in cassava chips drying is done on cemented floors which are sometimes painted black for better absorption of radiant energy or on trays for artificial drying.

In artificial heat dryers, all these parameters can be optimized to minimize the drying time and guarantee a high quality product.

Various values for macro and micronutrients have been reported by various researchers as shown in Table 1. Cassava is high in carbohydrate; however, it has low protein and fat contents. The contents of some minerals and vitamins in cassava tuber are also low compared to the values reported in cereals and legumes.

The main macronutrients found in cassava roots include carbohydrates, proteins, fat and fibre. Raw cassava contains 60% water. The carbohydrate content on dry weight basis has been reported by various authors to be within the range of 80–90%, typically around 83.42–87.35%.

The starch in cassava root consists of two water-insoluble homoglucans, amylose (15–17%) and amylopectin (83%). Compared to maize and barley, however, the starch content of cassava is lower.

Read Also: How to Start a Cassava Farming and Processing Business in Nigeria [A Comprehensive Guide]

Cassava roots contain low levels of protein, with the protein content of both sweet and bitter varieties of cassava ranging from 1.17 to 5.13%. These values are lower than those of cereal grains such as corn (8.8%) and wheat (11.3%).

The crude protein content of cassava root consists of 50% whole protein, and the remaining portion consists of the free amino acids (predominantly glutamic and aspartic acids) and non-protein components such as nitrite, nitrate and cyanogenic compounds.

The restricted use of cassava root meal in poultry feed formulation and feeding is due to its low protein content as well as a relative deficiency in essential amino acids.

Although high in arginine, glutamic acid and aspartic acid, other amino acids such as methionine, cysteine, phenylalanine, threonine, proline and isoleucine in cassava are low compared to maize. The fibre content in cassava roots depends on the variety and the age of the root.

Cassava root contains several micronutrients, including water-soluble and fat-soluble vitamins. Cassava contains low amounts of the valuable B-complex group of vitamins and most of these are lost during processing. Compared to maize, the vitamin content in cassava root is low.

This is the most common form in which dried cassava roots are marketed and most exporting countries produce them. The chips are dried irregular slices of roots, which vary in size but should not exceed 5 cm in length so that they can be stored in silos.

They are produced extensively in Thailand, Malaysia, Indonesia, and some parts of Africa. The present method of processing chips is very simple, consisting of peeling, washing, chipping the cassava roots, and then sun drying the slices or chips.

The recovery rate of chips from roots is about 20-40% depending on the initial dry-matter content of the cassava roots and the final moisture of the chips.

Pellets
Pellets are obtained from dried and broken roots by grinding and hardening into a cylindrical shape. The cylinders are about 2-3 cm long and about 0.4-0.8 cm in diameter and are uniform in appearance and texture.

Pellets are produced by feeding dried cassava chips into the pelleting machine, followed by screening and bagging for export. Powdered chips which fall down during pelleting are re-pressed into pellets and the process repeated.

There is usually about 2-3% loss of weight during the process. Pellets have the following advantages over chips: quality is more uniform; they occupy 25-30% less space than chips, thus reducing the cost of transport and storage; handling charges for loading and unloading are also cheaper; they usually reach their destination sound and undamaged, while a great part of a cargo of sliced chips is damaged in long-distance shipment because of sweating and heating.

This is the powdered residue of the chips and roots after processing to extract edible starch. It is generally inferior in quality to chips, pellets, and broken roots, has lower starch content, and usually contains more sand.

The use of cassava meal in the European Economic Community has declined with a shift to the other cassava products during the last few years.

However, there will remain some demand for this product, especially by small-scale farmers who produce their own feedstuffs. Since it does not require grinding, it can be readily mixed with other ingredients.

Read Also: The Different Nutrients Required by Crops at each Growth Stage

During the processing of cassava starch, the residual pulp separated in the screening process is also used as an animal feed. It is usually utilized in the wet state (75-80% moisture content) in the neighborhood of the processing factory but is sometimes sun dried before it is sold.

Like earlier mentioned, Cassava flour can be complemented with a large number of ingredients that provide the nutrients needed to obtain balanced food rations for poultry. Soybean (full fat) is presented as a very special and synergetic resource in the design of programs with high nutritional quality.

The specific nutritional requirements for broiler and layer diets offer favorable conditions to be satisfied by different mixtures of cassava flour and whole soybean. Likewise, this complementary function simplifies the design of feeding programs under commercial conditions.

The soybean can be processed by extrusion or toasting methods. Evaluations conducted using both products have shown similar results.

Cassava feeds for livestock other than poultry

Cassava can also be used to feed other animals like cattle, sheep, goat and pigs.

Now I hope with all the information’s above, you can now start to process your own cassava chips for your animal feeds or even for exports and make more money from there.

Read Also: A Comprehensive Guide on How to Plant Cassava 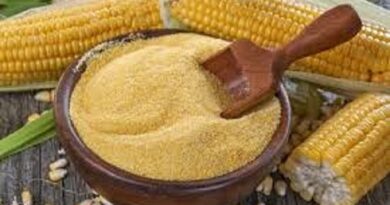 Cornmeal (Corn meal) – How to Make Cornmeal and Cornmeal Recipes 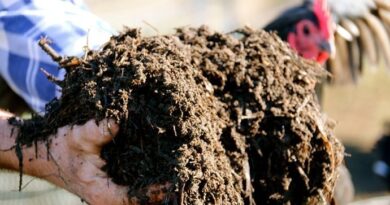 How to Convert Animal Wastes into Money