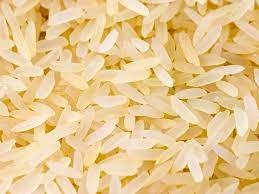 Rice (Oryza sativa) is called shinkafa in hausa, osikapa in Igbo, sisun iresi in Yoruba, Riz in French and arroz rojo in spanish Language. Rice is one of the major staple foods in Nigeria as well as some other parts of the world, consumed across all geopolitical zones and socioeconomic classes.

Rice consumption is increasing rapidly in Nigeria because of the shift in consumer preference towards rice, increasing population growth, increased income levels, and rapid urbanization. It is commonly boiled and eaten with stew or vegetable soup. It is also used in the preparation of several local dishes that are eaten in every home, especially during festivals and ceremonies.

However, rice production falls short of demand; the country depends heavily on rice importation of over 3 million tonnes annually, equivalent to over US$480 million in scarce foreign exchange.

For the record, the major rice producing states in Northern Nigeria are Kebbi, Borno, Kano, and Kaduna. Currently, most of the farmers producing rice rely on traditional technology with low use of improved input technologies. Average rice yields per unit area in the country are low and range between 2.0 and 3.0 t/ha compared to yields of 6‒8 t/ha reported on research plots.

It is important for farmers to adopt improved varieties and have a good knowledge of rice agronomy to increase rice production and productivity in the various states in Nigeria. Emphasis on the promotion of improved rice production technologies gained a fresh momentum following the recent policy of rice import restriction. Also, it warranted a need to equip extension agents with up-to-date information on crop production practices.

Oryza sativa was domesticated from the wild grass Oryza rufipogon roughly 10,000–14,000 years ago. The two main subspecies of rice – indica (prevalent in tropical regions) and japonica (prevalent in the subtropical and temperate regions of East Asia) – are not believed to have been derived from independent domestication events. Another cultivated species, O. glaberrima, was domesticated much later in West Africa.

Recent genetic evidence show that all forms of Asian rice, both indica and japonica, come from a single domestication event that occurred 8,200–13,500 years ago in the Pearl River valley region of China.

In China, extensive archeological evidence points to the middle Yangtze and upper Huai rivers as the two earliest places of O. sativa cultivation in the country. Rice and farming implements dating back at least 8,000 years have been found. Cultivation spread down these rivers over the following 2,000 years.

Read Also:  A Step by Step Guide on How to Grow Strawberries

Puddling the soil – turning it to mud to break it down and prevent too much water percolating away – and transplanting seedlings were likely refined in China. Both operations became integral parts of rice farming and remain widely practiced to this day. With the development of puddling and transplanting, rice became truly domesticated.

Movement to western India and south to Sri Lanka was also accomplished very early. Rice was a major crop in Sri Lanka as early as 1000 B.C. The crop may well have been introduced to Greece and the neighboring areas of the Mediterranean by returning members of Alexander the Great’s expedition to India around 344-324 B.C. From a center in Greece and Sicily, rice spread gradually throughout southern Europe and to a few locations in northern Africa.

As a result of Europe’s great Age of Exploration, new lands to the west became available for exploitation. Rice cultivation was introduced to the New World by early European settlers. The Portuguese carried it to Brazil and the Spanish introduced its cultivation to several locations in Central and South America.

The first record for North America dates from 1685, when the crop was produced on the coastal lowlands and islands of what is now South Carolina. It is thought that slaves from West Africa who were transported to the Carolinas in the mid-18th century introduced the complex agricultural technology needed to grow rice. Their labor then insured a flourishing rice industry.

By the 20th century, rice was produced in California’s Sacramento Valley. The introduction into California corresponded almost exactly with the timing of the first successful crop in Australia’s New South Wales

African rice has been cultivated for 3500 years. Between 1500 and 800 BC, Oryza glaberrima propagated from its original centre, the Niger River delta, and extended to Senegal. However, it never developed far from its original region. Its cultivation even declined in favour of the Asian species, which was introduced to East Africa early in the common era and spread westward. African rice helped Africa conquer its famine of 1203.

Rice is not only scrumptious, but it’s gluten-free as well! This is especially true for people who suffer from celiac disease. It works as a natural anti-inflammatory for our bodies, which is always a great benefit.

If you have any sensitivities to gluten, then rice can easily be added into your diet without worry. Because it is gluten-free, there won’t be inflammation in your gut. It is important to always look for ways to reduce inflammation throughout our bodies, and this is why rice is a great feature for any diet. Is your nervous system in need of some support? Rice is the perfect aid!

Rice is an amazing source of a variety of B vitamins. Because rice is so rich in B vitamins, eating it helps to improve the health of your nervous system.

Feeling tired and run down? Grab a bowl of brown or white rice!

This also helps to ensure proper brain function, as the brain takes this source of energy and uses it as well. Other components found in rice such as all the minerals, vitamins, and much more all aid in increasing the metabolic activity for all of the body’s organs. In doing so, our bodies have increased energy levels.

Eating rice is a sure way to regulate your digestive system

In just one ounce of raw rice bran, there are 6 grams of fiber. Rice’s high-fiber make up is essential for reducing constipation and regulating the digestive system. Rice also works as a natural diuretic, which helps eliminate water from the body.

This is beneficial to those who have high blood pressure and other conditions. Eliminating water from the body means you urinate more frequently, which helps to rid the body of uric acid and even helps you lose weight! In return, your kidneys reap the benefits.

Be sure to stay hydrated, however, since your body will be flushing out more water, you’ll need a decent supply of water in the body.

Consuming high-fiber foods like rice helps reduce your chances of getting cancer!

Rice’s high-fiber properties aid in digestion and lowering blood pressure. In return, you have a healthier body overall. And keeping a healthy digestive tract means that the body’s waste does not sit for long periods of time.

By keeping the flow moving, there is a lower chance of this waste interacting with healthy cells within the body. This is good for fighting against and preventing intestinal cancer and colorectal cancer. But rice doesn’t end its battle with cancer there.

Rice is also rich in vitamins. These vitamins include antioxidants such as Vitamin A and Vitamin C. These help to rid the body of free radicals.

Rice is used for skin care both topically and by consuming it. If looking for a topical solution, you can take rice in its powdered form and apply it to the skin. This topical solution is great for skin that is inflamed as the powder will help reduce inflammation.

It is also used topically to cure other skin conditions as well. Rice water is another way to use rice as a topical solution to skin care. Rice water is used to cool off the skin that is inflamed.

Read Also:  How to Prepare Plantain Suckers for Planting

Brown rice is used more often because of its phenolic compounds. These compounds work to reduce any redness and soothe irritation on the skin. And because of all the antioxidants found in rice, rice slows down the aging process that might affect the skin and delays wrinkles from appearing.

For anyone who suffers from hypertension, consuming rice is a good way to combat it. It contains very low amounts of sodium. Sodium is known for constricting arteries and veins in the body.

Doing so increases the levels of stress or strain placed on the cardiovascular system while your blood pressure rises. In the long run, sodium can have effects on the heart and cause multiple heart conditions. Sticking to low-sodium food reduces these risks.

There are several benefits of eating rice regularly. Whether you’re looking for a protein-rich food for your vegan or vegetarian diet or looking for an awesome pre-workout meal, high-protein rice is an ideal candidate! Brown and white rice work in many ways to improve your body’s overall health.

You can get rice at the market, local store or groceries store, or directly from rice farms within your location.

10 Benefits of Red Grapes for Anti-Aging, Anti-Cancer and Beauty 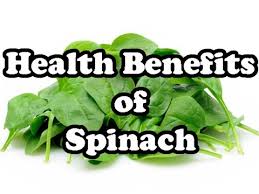