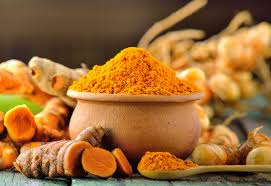 Turmeric is a spice that comes from the turmeric plant. It is commonly used in Asian food. You probably know turmeric as the main spice in curry. It has a warm, bitter taste and is frequently used to flavor or color curry powders, mustards, butters, and cheeses.

But the root of turmeric is also used widely to make medicine. It contains a yellow-colored chemical called curcumin, which is often used to color foods and cosmetics.

Turmeric is commonly used for conditions involving pain and inflammation, such as osteoarthritis. It is also used for hay fever, depression, high cholesterol, a type of liver disease, and itching.

Some people use turmeric for heartburn, thinking and memory skills, inflammatory bowel disease, stress, and many other conditions, but there no good scientific evidence to support these uses.

How does it work?

Turmeric contains the chemical curcumin. Curcumin and other chemicals in turmeric might decrease swelling (inflammation). Because of this, turmeric might be beneficial for treating conditions that involve inflammation.

Turmeric, an ingredient in most curries and mustards, has a nearly 4000-year history of use as more than just a spice. Turmeric’s deep-orange pigment has been used as a dye, and both Ayurvedic and Chinese medicine traditions use turmeric in treatments. Turmeric has also held a place in religious ceremonies across India for thousands of years.

Today, supplement makers say turmeric may be useful for people with inflammation or joint pain, or for those who want to take antioxidants, which turmeric contains.

The turmeric plant (Curcuma longa) is an herb closely related to ginger. It’s cultivated in tropical climates across Asia for its rootstocks, which supply the flavor and pigment of the plant. The rootstocks which grow underground, but are more of a stem than a true root can be ground into a paste, or dried and ground into a powder.

Few studies have been done to reliably prove or disprove turmeric’s purported benefits. But there is some preliminary evidence to suggest curcumin has some health benefits, according to the National Center for Complementary and Alternative Medicine.

Turmeric has shown some effectiveness in treating peptic ulcers, and there is some suggestion it helps to prevent and treat cancer.

In one study of human saliva, curcumin interfered with cell signals that drive the growth of head and neck cancer, according to the 2011 study published in the journal Clinical Cancer Research.

There is also evidence that topical application of turmeric can relieve itching caused by skin cancer. It has been found that turmeric with all of its components working together is more effective than curcumin alone when used to in cancer research studies.

However, turmeric’s primary effect on the body is that it decreases inflammation, which is associated with many health conditions.

One experiment in rats showed that curcumin may ease joint swelling from rheumatoid arthritis. Researchers gave rats turmeric extracts before and after inducing rheumatoid-arthritis symptoms in the animals.

The study, published in 2006 in the Journal of Natural Products, found that pure curcuminoid extracts were more effective in treating rheumatoid-arthritis symptoms, and that curcuminoids worked better in preventing new joint swelling than in treating existing swelling.

While these and other animal studies of curcumin indicate a possible medicinal use, results in animals don’t always translate to humans.

More evidence is needed to examine turmeric’s effect on the conditions it is purported to treat, including jaundice, hepatitis, fibromyalgia, liver and gallbladder problems, headache, ringworm, bruising, eye infections and skin rashes.

Preliminary evidence from studies in people suggests turmeric may be effective in the management of pain, dyspepsia (upset stomach), or hyperlipidemia (high lipid levels in the blood).

“However, currently, high-quality clinical evidence for the use of turmeric in any human indication is lacking,” said Catherine Ulbricht, senior pharmacist at Massachusetts General Hospital in Boston and co-founder of Natural Standard Research Collaboration, which reviews evidence on herbs and supplements.

Overall, the Natural Standard Research Collaboration graded turmeric as a “C,” on a scale of A to F, for the strength and amount of evidence supporting claims for any health benefit.

Turmeric is safe for most people when consumed in amounts found in food. But turmeric can have side effects when taken in large doses. Some supplements contain up to 500 milligrams of turmeric extract, and their labels recommend taking four capsules per day.

People preparing for surgery should avoid turmeric supplements because turmeric can increase the risk of bleeding. Turmeric may also interfere with how the liver processes certain drugs, so it is best to consult a doctor before taking large doses of turmeric alongside medication.

Turmeric also increases the blood-thinning effect of herbal remedies, including angelica, clove, Danshen, garlic, ginger, ginkgo, Panax ginseng, red clover, and willow, Ulbricht said. Other medications, such as those for reducing stomach acid and diabetes, can also have their effects affected by turmeric supplements.

Pregnant women should avoid taking large amounts of turmeric, Ulbricht said. Turmeric at supplement doses may promote menstruation, or stimulate the uterus enough to put the pregnancy at risk.

Turmeric should not be confused with Javanese turmeric root (Curcuma zedoaria), which has its own medicinal uses and side effects. 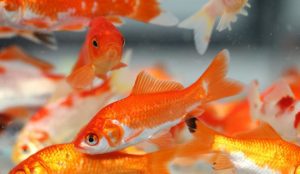