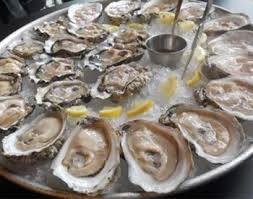 The Fal oyster fishery is home to the only sail-driven commercial fishing fleet in Europe, and the oysters are caught using hand-hauled dredges.

The “inherent inefficiency” of these methods is the “crucial feature” in preventing over-fishing and ensuring the fishery’s long-term survival, according to scientists from the University of Exeter.

Motorising the fleet would at a “conservative” estimate result in a nine-fold increase in the amount of fishing done there, the researchers said.

“The Fal fishery sailing fleet isn’t just pretty for tourists it maintains a fishery that could be exhausted if it were mechanised with engines and hauling gear,” said Professor Richard ffrench-Constant, of the Centre for Ecology and Conservation on Exeter’s Penryn Campus in Cornwall.

“This is one of only three oyster fisheries left in England, and the other two (in the Solent and the Thames Estuary) have experienced temporary closures to protect dwindling stocks.”

Oyster stocks have fallen in the Fal fishery over recent decades, but the researchers say disease and the introduction of motorised fishing are the biggest threats to its existence.

“In this study, we wanted to find out whether the longevity of the Fal oyster fishery was linked to traditional methods that have been used for centuries,” Professor ffrench-Constant said.

Read Also: How Climate Challenges the Survival of Fish Across the World

“The fishery has gone through periods of over-exploitation, but the key to its long-term survival appears to be linked to the traditional and inefficient methods used.”

Oysters used to be seen as food for the poor, but are now regarded as “one of the world’s ultimate luxury foods.”

“The trend in commercial fisheries over the last hundred years has been for mechanization, bigger boats and more advanced gear,” said lead author Stephen Long, of the Zoological Society of London and University College London.

“Bucking this trend, the Fal is a unique fishery where we can examine the efficacy of traditional practices and compare them with modern industrial fishing.

“This rare opportunity has enabled us to gain important scientific and fishery management insights.”

Dr Matthew Witt, of the Environment and Sustainability Institute at the University of Exeter, added: “People are becoming increasingly interested in where their food comes from and how it is sourced.

“This can be used to promote more sustainable methods, and the Fal oyster fishery is a promising example of this.”

Mulching of Plantains and the Advantages