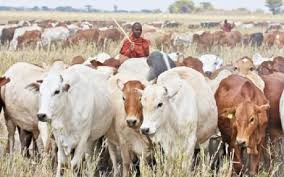 A good number of production practices have evolved which entail integration of one system of livestock production with another agriculture practice. Most intensification practices of this nature are still on trail or at experimental stage, while a few cases are actually in practice.

Livestock production intensification practices often arise from constraints of increasing pressure of urbanization, complementary between system in terms of benefit or resource sharing, disposal of waste or manure, legislation etc.

An example of such intensification of livestock production is the age long practice of crop-livestock integration. In this system, crops are grown primarily or partly for feeding livestock and the latter is employed in land preparation and soil fertility improvement using the animal manure.

In urban areas, integration of poultry production with aquaculture fish farming has been reported. The poultry droppings are channeled into the fish pond to enrich and fertilize the pond to support growth of plankton on which fish feed. In places where duck are kept as poultry, swimming in the pond also helps to aerate the water.

In certain parts of Nigeria, crop residue (or leftover) of farm harvest are deliberately preserved for grazer to feed on and encamp for a specified period to ensure sufficient dropping of manure for cereal production in the next growing season. The advantage of intensification is considerable and enumerated.

Several system of livestock production abounds in the tropical area in response to the environment. The main tradition and modern systems with their subdivision arose from climatic and seasonal effects, farming system, carrying capacity etc.

The advantages and problem of each system requires new modifications adaptation and adoption depending on certain factors and capacity of the farmer.

Read Also: How to Make Money in Poultry Farming

Biosecurity Measures in Poultry and Vaccination 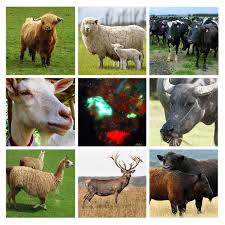 Signs and Diseases Ruminant Animals (Livestocks) get from Feeds and Water