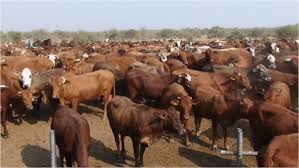 In agriculture, grazing is a method of animal husbandry whereby domestic livestock are used to convert grass and other forage into meat, milk, wool and other products, often on land unsuitable for arable farming.

Farmers may employ many different strategies of grazing for optimum production: grazing may be continuous, seasonal, or rotational within a grazing period.

Patch-burn sets up a rotation of fresh grass after burning with two years of rest. Conservation grazing deliberately uses grazing animals to improve the biodiversity of a site.

Grazing has existed since the birth of agriculture; sheep and goats were domesticated by nomads before the first settlements were created around 7000 BC, enabling cattle and pigs to be kept.

Grazing’s ecological effects can be positive and include redistributing nutrients, keeping grasslands open or favouring a particular species over another. There can also be negative effects to the environment.

Meanwhile, in the course of raising any ruminant animal at all, quarrel must be avoided at all cost. It is not good to graze animals near the people’s farm because they will complain of your cattle for instance destroying their farm lands during grazing therefore first for the sake of good relationship with your neighbors and also for the sake of the animals health because some aggrieved people can poison grasses that animals are feeding on.

So, adequate care must be taken by people talking the animals out for grazing. In case your farm is surrounded by farms all round then you must have to get grasses for your animals in their housing rather than allowing them to graze and destroying people’s farm.

Some ruminant farmers are used to allowing their cattle walk around the neighborhood on their own grazing during the day and then return to their housing on their own at night.

Well I want to assume that you are keeping your animals in a place that is completely free of thieves and with no vehicles. In fact, there have been incidents where cattle were knocked down by vehicles even when someone is leading them in grazing talk more of when there is no one leading them.

Therefore, to avoid theft cases and accidents, it is better to graze animals with someone leading them even Normadic Fulani’s will never leave their animals to graze on their own.

There have also been cases where a ruminant farmer complains about losing interest in constructing pens for the cattle because the one he/she constructed last was pulled down by their weight. Well, the reason why the animals were able to pull down the housing was because it was not strong enough to support their weight.

It is therefore advisable that when you want to construct the next housing, you should make sure it is strong enough to support their weight because it is better to spend money and make quality housing for them than build the one that will be pulled down within a short period of time. Also always carry your consultant along during your next constructions.

Ranchers and range science researchers have developed grazing systems to improve sustainable forage production for livestock. These can be contrasted with intensive animal farming on feedlots. 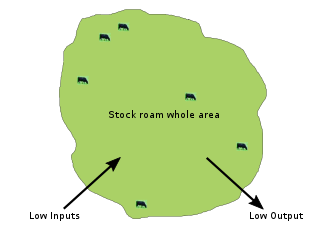 With continuous grazing, livestock is allowed access to the same grazing area throughout the year.

Seasonal grazing incorporates “grazing animals on a particular area for only part of the year”. This allows the land that is not being grazed to rest and allow for new forage to grow.

Rotational grazing “involves dividing the range into several pastures and then grazing each in sequence throughout the grazing period”. Utilizing rotational grazing can improve livestock distribution while incorporating rest period for new forage.

In ley farming, pastures are not permanently planted, but alternated between fodder crops and/or arable crops.

Rest rotation grazing “divides the range into at least four pastures. One pasture remains rested throughout the year and grazing is rotated amongst the residual pastures.” This grazing system can be especially beneficial when using sensitive grass that requires time for rest and regrowth.

Deferred rotation “involves at least two pastures with one not grazed until after seed-set”. By using deferred rotation, grasses can achieve maximum growth during the period when no grazing occurs.

Patch-burn grazing burns a third of a pasture each year, no matter the size of the pasture. This burned patch attracts grazers (cattle or bison) that graze the area heavily because of the fresh grasses that grow as a result. The other patches receive little to no grazing.

During the next two years the next two patches are burned consecutively, then the cycle begins anew. In this way, patches receive two years of rest and recovery from the heavy grazing.

This technique results in a diversity of habitats that different prairie plants and birds can utilize mimicking the effects of the pre-historical bison/fire relationship, whereby bison heavily graze one area and other areas have opportunity to rest.

The Tallgrass Prairie Preserve in northeastern Oklahoma has been patch-burn grazed with bison herds for over ten years. These efforts have effectively restored the bison/fire relationship on a large landscape scale of 30,000 acres (12,000 ha). In the grazed heathland of Devon the periodic burning is known as swailing.

Riparian area grazing is geared more towards improving wildlife and their habitats. It uses fencing to keep livestock off ranges near streams or water areas until after wildlife or waterfowl periods, or to limit the amount of grazing to a short period of time.

In some cases, to re-establish traditional hay meadows, cattle such as the English Longhorn and Highland are used to provide grazing.

A form of rotational grazing using as many small paddocks as fencing allows, said to be more sustainable.

Mob grazing is a system, said to be more sustainable, invented in 2002; it uses very large herds on land left fallow longer than usual.

Here are some amazing ruminant animals books and guides to help you get started: 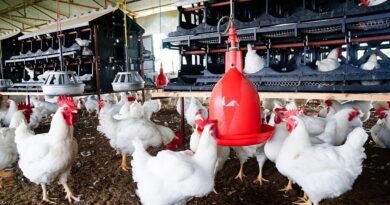 How much constructing a pen house will cost you