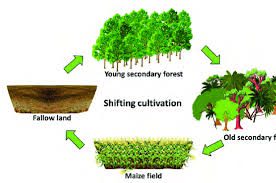 Today, let us discuss about the Shifting Cultivation, it’s features as well as it’s advantages and disadvantages below. In this system of shifting cultivation, the farm is not at a permanent location. Instead, a piece of land is cleared, farmed for a few years and then abandoned in preference for a new site. While the new is being farmed, natural vegetation is allowed to grow on the old site.

Eventually, after several years of bush fallows, the farmers returns to the original location. The practice of moving the home along with the farm is discontinued and in its place the practice of making home stationary is common is tropical in Africa.

Read Also: Trends in Crop Production both Nationally and Globally

3. Social or religious customs may dictate the abandonment of site before its fertility level has become marginal.

1. It tends to discourage high level of inputs.

2. Because the farms stays in one location only for a short while, there is no incentives to invest in permanent structures such as store sheds, irrigation and even certain pest control soil erosion or soil conservation measures that may have a long-term benefits.

3. It requires a great deal of land to maintain the system.

In summary, shifting cultivation is an agricultural system in which plots of land are cultivated temporarily, then abandoned and allowed to revert to their natural vegetation while the cultivator moves on to another plot.

The period of cultivation is usually terminated when the soil shows signs of exhaustion or, more commonly, when the field is overrun by weeds. The length of time that a field is cultivated is usually shorter than the period over which the land is allowed to regenerate by lying fallow.

Shifting cultivation is a form of agriculture which involves clearing of a plot of land by cutting of trees and burning them. This method helps to eliminate weeds, insects and other germs effecting the soil.

Importance of Feeding and Drinking Troughs for Ruminant Animals 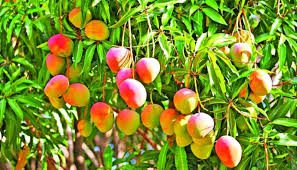 Complete Guide on How to Grow and Care for Mango