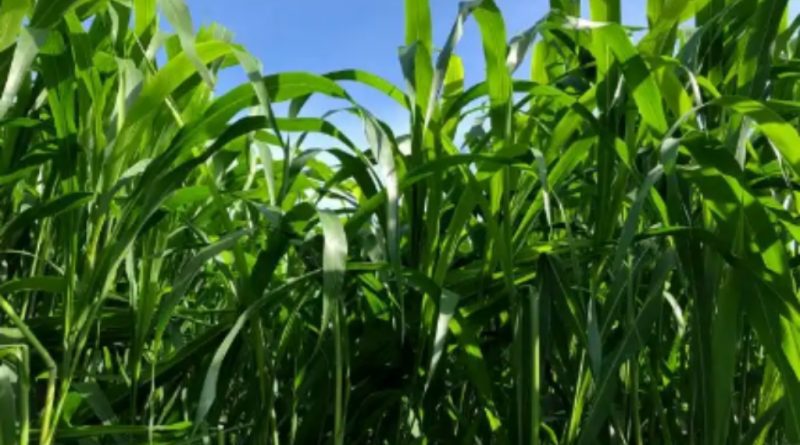 Sudangrass (Sorghum × drummondii) is a hybrid-derived species of grass used as fodder for animals especially horses and cattle.

The Sudangrass is native to tropical and subtropical regions of Eastern Africa.

This grass belongs to the Poaceae family of grasses in the order of Poales, under the Plantae kingdom of grass species.

It is mostly cultivated in places like South America, Central America, North America, and Southern Europe.

The botanical name of the sudangrass is Sorghum drummondi and its genus name is Sorghum.

This grass is a monocotyledonous plant that can also be used as hay for animals and an ideal choice for animals grazing sorghum-sudangrass also.

Read Also: Crabgrass (Digitaria) – All You Need to Know About

There are a few common names of the sudangrass, some of which includes;

The sudangrass is an annual grass, it has a very thin stem 3-9mm thick and a height of about 3m.

The sudangrass over the years has proven itself to be a non-noxious weed and can also withstand saline soils.

However, in this article, we won’t be putting more emphasis on its history.

As mentioned earlier the monocotyledonous plant is native to southern Egypt and Sudan, most individuals today have it that its common name “Sudan Grass” was being derived from Sudan.

It was introduced into the USA and Russia in the early 1900s and now widespread in South America, Australia, South Africa, Central Europe, and North Europe. They are also cultivated in the Philippines and Thailand.

For one to prevent poisoning, it is advised that one should not add too much fertilizer.

Sudangrass is used as feed for grazing cattle and horses, this grass is easy to dry and also used as sorghum-sudangrass hay for animals’ consumption, therefore it is very palatable to cattle and sheep.

One interesting fact about this grass is its thin culm, that is it has a very thin stem, this is why drying of this grass is very easy and also of high quality.

When compared to other tropical grasses used as hay for animals, the Sudangrass hay tends to have the highest crude protein and contains nutrients that are digestible, making it an excellent choice for your animal feed.

According to research, apart from this grass being the best amongst existing hay grasses out there, it also met the minimum standard for ruminant nutrition.

In Japan for instance, this monocotyledonous plant hay when fed to cattle had more crude proteins, total digestible nutrients, and non-fiber carbohydrate digestibility than the whole crop silage.

This therefore resulted to the increased demand for the Sudangrass in Japan.

Read Also: How to Make Money from Metal Recycling Products

Now let us briefly explain the nutritional aspect of the Sudangrass to ruminant animals like; sheep and goats below;

Nutritional Aspect of Sudangrass to Sheep

Sudangrass silage had digestibility values comparable to those of pearl millet.

Nutritional Aspect of Sudangrass to Goat

In goats, the monocot was seen to have an overall nutritional quality similar to that of grasses like Elephant grass and Pearl millet.

The Sorghum Sudangrass, is mainly used in the feeding of ruminant cattle because of their digestibility feature and quality.

This sorghum sudangrass seed monocot has tons of benefits, but we will be discussing a few out of the many benefits of this grass.

This monocot grass grows up to 12 feet tall with long thin leaves, the stems of the grass has one-half inch in diameter with aggressive root system.

These features combine to produce ample biomass usually up to 5,000lb.

The seedlings of non-noxious weed shoot leaves, and they secrete a compound called allelopathic that in many cars suppress weeds in its domain.

Sorgolene a strongly active at low concentration compound is also being exudated by the main root of the grass which tends to suppress grasses in its domain.

This grass starts excreting these allo-chemicals five days after germination, it persists for days, thereby causing notable effects on grasses around.

This is one of the most interesting benefits of the Sorghum weed because most people deliberately grow the weed on their farms just to renew the soil.

This effect is caused by the combination of biomass production, sub-soiling root systems, nematodes, and weed suppression.

One of the most effective and stress-free ways of distrusting the life cycle of many diseases, pests, etc. is by hosting this non-noxious sorghum grass either on your farmland or lawn.

(3) They help in combatting diseases and nematodes

(4) They are known also as “Farmed-Out-Soil” renewers.

In conclusion, Sudan grass is a hybrid-derived non-noxious weed, which has tons of benefits. Most people tend to use this grass on their farm due to the ability of the grass to renew farmed-out soil. 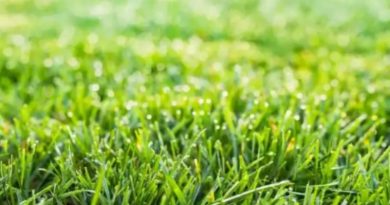 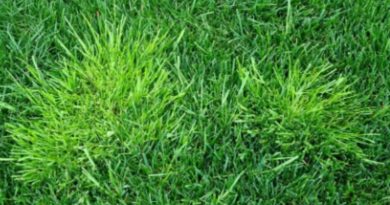 Crabgrass (Digitaria) – All You Need to Know About 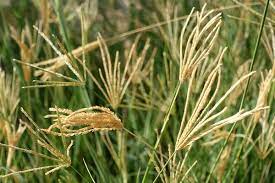