Although there are many fishing methods or fishing techniques that can be used in catching fish, they fall into three main groups:
1. Catching fish singly or in schools by use of nets or spears
2. Trapping fish in stationary gear, such as fish traps or set nets
3. Attracting fish to get caught on hooks by use of bait, artificial lures or other means such as light

This is one of the fishing methods or fishing techniques process that involves using nets to catch fish while there are many types of nets, they all rely on the way of letting the fish to be caught into the net’s mesh. Nets have openings in it which allows the water from the pond or river or lake etc to get away remaining the fishes which have been caught.

The net helps the farmer to catch fishes in school (plenty). Some nets like the scooping net is used to harvest fish in a dried fish pond due to the fact that it is a small long net with a handle, the farmers holds the net on the handle and then uses the net to fetch fishes from the pond.

2. Use of fishing baskets

Fishing baskets are those baskets which have openings or holes which are used to harvest fish in water; the baskets which always have a bait inside of it is being cast into the river, lake or pond. It also has a wide mouth which therefore allows fishes to get inside of the basket.

Hook and line fishing is the type of fishing where a bait is being placed on the hook then hook is being attached to the rope which is the line so as the fishes come around trying to eat the bait on the hook which is a trap, they will swallow it along with the hook which will then hang on them and they are being caught.

There are some risk factors which are associated with water and fish during fish farming which also affects the different fishing methods or fishing techniques and they include:

Factory fish farming also known as aquaculture requires excess amounts of hormones, antibiotics, pesticides and other chemicals to keep disease at bay (a body of water which is connected to the ocean or the lake) as to keep the fishes alive in overcrowded conditions like in the ponds, cages or nets because they catch fishes and their wastes together which makes the fishes stressful and this leads to high contamination of water both to the nearest water and within the environment.

Those fish feeds that were not eaten by the fishes, the fish wastes, those chemicals and antibiotics that were used during the fish farm operations through the holes in the cage flows back directly to the ocean which contributes in polluting the water.

How Often Ruminant Animals should be Fed 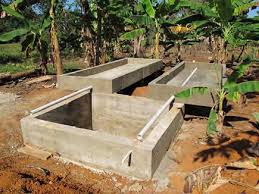 Is Providing Shades on a concrete fish tank necessary? Find out