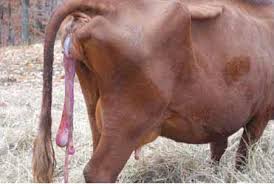 This condition is common with some cows. In fact, I have seen a cow that has to be helped to expel the placenta at every delivery. To help the animals under this condition, there are some steps that could be taken:

First, the animal can be given a drug that will aid contraction which will help expulsion of the placenta. E.g. oxytocin can be used for this. Meanwhile this must be used under the supervision of your consultant.

Second, the placenta can be pulled out manually whether as the only approach or after administering oxytocin. After pulling out the placenta, the animal should be placed on an appropriate antibiotic for the recommended number of days by your consultant.

Dealing with a Cow Retained Placenta

When a cow calves, she will drop her afterbirth within 30 minutes to eight hours . But if after eight to 12 hours the placenta has not been released, she has what is know as retained placenta.

If one of your cows retains her placenta, do not manually remove the fetal membrane. Removing the placenta by hand, no matter how careful, increases the number of days until the cow cycles back and greatly reduces first conception rates.

Many beef cows that have retained placentas do not run a fever and can be found eating normally. In these cows it is best to just let the membrane drop away on its own.

Studies show that allowing the placenta to drop on its own, even 10 to 12 days after calving, allows the uterus to return to its normal state and uterine discharge to subside more quickly than when the placenta is removed and portions are left in the uterus.

While most cows eventually drop the membrane, it is a good idea to monitor the cow closely for illness. If the cow is running a fever (above 103 degrees), antibiotics may be necessary to fight off an infection.

You may need to consult with your veterinarian to determine the proper antibiotic that will transfer across the uterus. In more severe cases of infection, uterine infusion may be necessary.

A retained placenta typically indicates that other health problems exist. There are several things that may delay the release of the placenta. One of the most common is dystocia because the uterus can easily become infected when there are calving problems and the immune system is weakened.

Another cause is poor nutrition. Deficiencies of vitamins A and E and selenium make the cow highly susceptible to the problems of poor uterine health. Infectious agents can also cause retained placenta such the BVD virus and leptospirosis as well as other infectious agents that induce early calving. Retained placenta (RP) is also known as retained foetal membrane or retained cleansing. RP occurs when the calf’s side of the placenta (the fetal membranes) fails to separate from the mother’s side.

Separation of the membranes normally occurs after the calf is born (early separation is one cause of stillbirth). RP is usually defined as the failure to expel fetal membranes within 24 hr after parturition.

Retained placenta is most commonly associated with dystocia, milk fever (metabolic diseases) and twin births. In most herds with good management these causes make up the majority of known risk factors for retained placenta.

The single sign associated with RP is degenerating, discoloured, ultimately fetid membranes hanging from the vulva.

Occasionally, the retained membranes may remain within the uterus and not be readily apparent, in which case their presence may be signalled by a foul-smelling discharge.

Cows with retained fetal membranes are at increased risk of developing metritis, ketosis, mastitis, and even abortion in a subsequent pregnancy.

Manual removal of the retained membranes is no longer recommended and is potentially harmful. Trimming of excess tissue that is objectionable to animal handlers and contributes to gross contamination of the genital tract is permissible. Untreated cows expel the membranes in 2-11 days, with 40 per cent of cases requiring no treatment.

Early use of antibiotics may also slow down the release of the membrane.

The best plan is to observe the cow closely for signs of illness and treat any symptoms that occur.

Regular weekly progesterone sampling can help determine if there has been any effect of the RP on the cow’s return to normal reproductive activity.

There are no standard preventative regimes for RP. Good dry cow management is he best way of preventing RP and reducing its effects. This will include supply of correct nutrients, particularly magnesium, and fat soluble vitamins, maximising dry matter intake, maintaining the correct body condition score and supplying a clean dry environment.

Here are more cattle farming books and related resources to guide and assist you further: 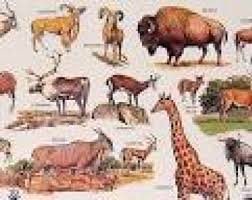 Recommended Number of Ruminant Animals per Housing Unit for Fattening Achatina Achatina Specie of Snail: All you need to know about