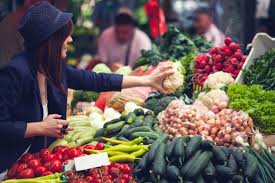 Some of the challenges most farmers face is how to sell their products due to lack of proper marketing and that leaves them to the mercies of the middle men who ends up buying the farmers produce at a very reduced rate and resell at a reasonable amount directly to the consumers thereby earning the entire profit which is primarily supposed to be for the farmer.

The farmers are the biggest victims of this system practiced around the agricultural sector. Sometimes our food producers themselves cannot even afford two square meals and live in poverty which is why some people consider farming as a business of loss and meant for the poor people.

Though there are several policies for the welfare of farmers, they are hardly implemented as some greedy politicians and landlords fill their pockets with funds meant for them. Farmers barely have any knowledge of these schemes, and corruption further prevents the benefits from reaching them.

Middlemen intervention raise price for consumers and farmers encounter high production costs in their efforts to boost production but hardly get fair pricing of their products from the middlemen who are popularly known as the bulk farm gate buyers.

The real profit goes to the middlemen who buy up the farm products at almost give away prices and sell at outrageous prices to the consumers.

Here is how the supply chain of agriculture work:

In the absence of a direct link with the consumers, the farmers are at the mercy of the middlemen who occupy the entire space between the production and the ultimate sale of the produce.

This makes middlemen very powerful and the farmers often find themselves at a disadvantage despite being the producers. Monopoly is hazardous whether it is established by a public or a private entity.

Since there are only limited agents acting as middle men, it’s profitable for them to form a cartel and deliberately increasing the bids, pushing prices higher. Thus de-linking the producers and consumers, deprives both the farmers of better returns on their produce and the common people of fair pricing on their vegetables and other agricultural produce.

How Farmers can Tackle this Issue

1) Form a Cooperative to Operate Together

Farmers need a conducive environment which allows them to have a say in the pricing of their produce in accordance with the demands of the consumers by interacting and trading directly in the market.

Presently, the supply chain should be shortened to bring the producers as close to consumers as possible as too many intermediaries can be a deterrent to a farmer, leaving them with an unfairly small return on their produce.

Better storage facilities would help build a farmer’s ability to store their produce as per the demand because in situations where a farmer knows that a few days or weeks down the line s/he is going to get a better price for her/his produce but is yet unable to store his/her produce due to the lack of adequate storage facilities it makes the farmer get really worried and might prefer to sell the produce at a give away price instead of allowing everything waste.

In order to combat the exploitation of farmers, we need to take active policy action to increase farm productivity, post-harvest technology, and better storage facilities.

If we want the consumer to pay less and the farmer to gain more the role of private sector role has to be enhanced by setting up private mandate where farmers can come and sell their crops directly.

Concurrently to ensure that farmers can fully utilize the benefits of this, entrepreneurship development should be encouraged along with better marketing skills to right the information asymmetry. You cannot be forcing a farmer to only sell in the government regulated markets.

4) Market your Produce Directly to Consumers

Some farmers prefer to wait until their farm produce are fully ready for sell before they can start informing their neighbors or potential buyers about the availability of such produce in their farms. This is one of the major mistakes that most farmers make.

The aim of going into farming in the first place is to Produce, Sell and Make Profit through your produce” but this can only be achieved only if you have consumers to purchase those produce you produced.

Therefore you don’t need to wait until your farm produce are fully ready before you can start marketing to your end users, you can start your marketing even before starting the production in-order to secure buyers or as soon as you kick off your production process.

5) Open a Retail Outlet for your Produce

You as a farmer should not solely depend on selling all your produce at the same time, therefore you must get yourself prepared for an emergency or an alternative.

Therefore aside from having a proper storage facility, you also need to have a retail shop outlet where your farm produce can be displayed and sold to consumers directly.

some of the ways any farmer can also earn more from their farms is by diversifying their products into using them to produce some other products that can attract more buyers and generate good returns for them.

For instance: if you are a pineapple farmer, instead of allowing middle men to come buy them off from your farm at a very reduced price thereby making you run into a loss or allowing them to over ripe and spoil, have you considered converting them into producing pineapple juice from them instead and sell them as pineapple juice?

There are so many ways we all as farmers can make more money through agriculture if it is rightly done.

Am certain by now you must have picked up one or two things on how farmers can sell your produce without Middle-Men. 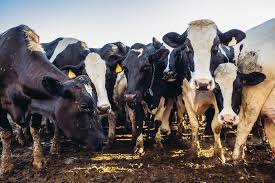