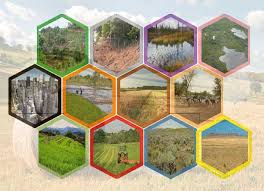 The term cropping system is used to describe the pattern in which crops are grown in a given area over a period of time and includes the technical and managerial resources that are utilized.

In short, when we talk about the cropping system of a given area, we are not only interested in how those crops are distributed on the field at any given time but also how this distribution changes over time. In addition, the level of management and amount of resource inputs are integral aspects of a cropping system.

Cropping system are classified based on the following criteria:

Read Also: How to Make Money in Poultry Farming

Now let us look at the different types of cropping system and their definitions below:

Example Planting Wheat year after year in the same field. Monocropping is when the field is used to grow only one crop season after season.

It is difficult to maintain cover on the soil; it encourages pests, diseases and weeds; and it can reduce the soil fertility and damage the soil structure.

Example Planting maize one year, and beans the next. Crop Rotation means changing the type of crops grown in the field each season or each year (or changing from crops to fallow).

Crop rotation is a key principle of agriculture conservation because it improves the soil structure and fertility, and because it helps control weeds, pests and diseases.

Example- Planting maize in the long rains, then beans during the short rains. Sequential Cropping involves growing two crops in the same field, one after the other in the same year.

In some places, the rainy season is long enough to grow two crops: either two main crops, or one main crop followed by a cover crop.

Growing Crops two crops may also be possible if there are two rainy seasons, or if there is enough moisture left in the soil to grow a second crop.

Examples- Planting alternating rows of maize and beans, or growing a cover crop in between the cereal rows. Intercropping means growing two or more crops in the same field at the same time.

Distribution of the seeds of both the crops, or dibbling the seeds without any row arrangement. This process is called mixed intercropping. It is easy to do but makes weeding, fertilization and harvesting difficult. Individual plants may compete with each other because they are too close together.

Planting the main crop in rows and then spreading the seeds of the intercrop (such as a cover crop).

Planting both the main crop and the intercrop in rows. This is called row intercropping. The rows make weeding and harvesting easier than with mixed intercropping.

On slopes, the strips can be laid out along the contour to prevent erosion. The next year, the farmer can rotate crops by planting each strip with a different crop.

Relay Cropping the process of growing one crop, then planting another crop (usually a cover crop) in the same field before harvesting the first. This helps avoid competition between the main crop and the intercrop.

It also uses the field for a longer time, since the cover crop usually continues to grow after the main crop is harvested. 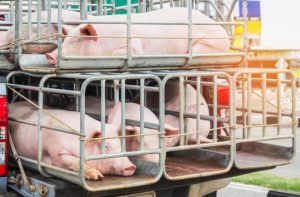 Massive projected increase in use of antimicrobials in animals by 2030 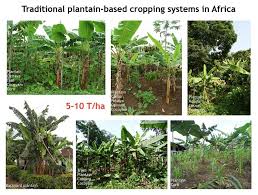