Ruminant animals include: Sheep, Goat, Cow (Cattle) etc. and there are many causes of wounds in the body of ruminant animals and they include but not limited to the following:

First, it can occur as a result of fighting among themselves during which they can injure one another with their horns.

Second, heavy tick infestation can result in wounds especially on the site of attachment of the ticks.

Third, wounds do result in the course of grazing especially when the animals are allowed to pass through with thick forest where trees and shrubs can injure the animals.

Fourth, wounds can result from physical attack on the ruminant animals especially when they are allowed to roam on their own.

All these and more can be the reasons why they carry wound most of the time.

Now let us discuss how these can be controlled: to control frequent wounds on the ruminant animals, the causes of the wounds should be controlled. For instance, to control fighting among the animals, overcrowding should be avoided to avoid them trespassing and causing troubles.

There are times when dehorning may be necessary because this will prevent them from injuring one another with their horns.

Tick infestation must also be controlled be applying adequate medications at the appropriate time.

Care must also be taken by the farm attendants to minimize injury on the ruminant animals in the process of grazing which means that the animals must not be allowed to roam by themselves without someone leading them.

However, animals having wounds should be treated immediately. Both systematic and topical antibiotics should be administered to prevent secondary bacterial infection.  Am certain that all these procedures will help control incidences of wounds on the animals

A wound is a cut or tear in the skin. All wounds bleed, they are painful and can become infected with germs or maggots.

Sometimes an animal can bleed from wounds inside its body which have been caused by parasites, by an accident, or in the female from problems as she gave birth. This is infernal (inside) bleeding.

The blood carries oxygen from the lungs to every part of the body. If the body loses too much blood it will not get enough oxygen and the animal will die.

All wounds should be carefully cleaned and the bleeding stopped.

Animals can be injured by the horns and bites of other animals, thorns and sharp objects such as glass, wire and nails. These wounds will become infected with germs because of the conditions in which animals live.

If there is not too much bleeding, clean the wound with salt water and remove all dirt from it. Cut away the hair or wool from around the wound. If you have any disinfectant (R1 Annex 1) use it to dress the wound. Dusting powder can be used to keep the wound clean (R5, R8 Annex 1).

Bleeding from small or surface wounds can be stopped by pressing down hard on the wound with a clean cloth. If the blood soaks through the cloth put another on top rather than remove the first one. When the bleeding has stopped clean the wound and treat it.

You will need veterinary help to deal with bleeding from large or deep wounds. If you cannot stop the bleeding by pressing down with cloths you can use a tourniquet.

A tourniquet is a piece of rope or cloth which is tied across a blood vessel. It can only be used for wounds in the legs or tail.

You do not use a tourniquet around the neck.

Tie the rope around the limb above the wound. To tighten it put a stick under the rope and twist it tight until the bleeding stops. Do not leave the tourniquet on for more than 20 minutes. Release it slowly and if necessary tighten it again. Clean and treat the wound after the bleeding has stopped.

Bleeding from a Broken Horn

If the horn of an animal is broken, try to stop the bleeding by putting a pad or clean cloth on it and holding it in place with a bandage. A temporary tourniquet around the base of the horn will stop bleeding.

If this does not stop the bleeding, a red-hot piece of metal can be placed directly on the bleeding spot for half a minute to cauterize the horn and the blood vessel. This may have to be done to several bleeding spots on the horn or to the skin surrounding the horn.

Bleeding from a broken horn

Remember do not leave a tourniquet on for a long time. If bleeding continues release the tourniquet every 20 minutes and then tighten it again.

This type of bleeding is dangerous. It can be:

You will need to ask for veterinary help if you believe that an animal has internal bleeding. In many cases there is nothing you can do to stop it. It is better to slaughter the animal.

In the horse and donkey internal bleeding from the vagina can occur after birth. If you cannot get veterinary help, pack the vagina with a clean cloth or towel which has been boiled and then cooled. Leave the towel in the vagina for a day or two then remove it.

If wounds are left without treatment maggots will infest the wound and cause more damage.

In some cases gangrene will develop in a wound. The wound worsens and turns black in colour with a very bad smell. Ask your veterinarian for help immediately.

Read Also: The Effect of giving Fresh Cassava and its Peelings to your Ruminant Animals

Wounds can be caused by operations carried out on the animal. Wounds are caused by:

All wounds should be cleaned with disinfectant (see R1 Annex 1). If you have a powder for wounds (R5, R8 Annex 1) you should use this daily until they heal.

Infected wounds or operations often swell from pus. The swelling is soft to the touch. These wounds, called abscesses, should have the pus removed by cutting through the skin with a sharp knife or scalpel to allow the pus to drain out.

Abscesses are treated daily to keep the drain incision open, squeeze out the pus and flush out the wound with clean water or liquid disinfectant. An antibiotic or sulfa drug should be given by injection or orally for 3 -5 days.

In general, Ruminants are herbivorous mammals that are able to acquire nutrients from plant-based food by fermenting it in a specialized stomach prior to digestion, principally through microbial actions.

The process, which takes place in the front part of the digestive system and therefore is called foregut fermentation, typically requires the fermented ingesta (known as cud) to be regurgitated and chewed again.

The process of rechewing the cud to further break down plant matter and stimulate digestion is called rumination. The word “ruminant” comes from the Latin ruminare, which means “to chew over again”.

The roughly 200 species of living ruminants include both domestic and wild species. Ruminating mammals include cattle, all domesticated and wild bovines, goats, sheep, giraffes, deer, gazelles, and antelopes.

It has also been suggested that notoungulates also relied on rumination, as opposed to other atlantogenates that rely on the more typical hindgut fermentation, though this is not entirely certain.

Taxonomically, the suborder Ruminantia (also known as ruminants) is a lineage of herbivorous artiodactyls that includes the most advanced and widespread of the world’s ungulates. The term ‘ruminant’ is not synonymous with Ruminantia.

Read Also: The Best Source of Water for your Ruminant Animals

Here are more ruminant farming books and related resources to guide and assist you further: 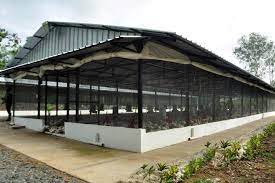 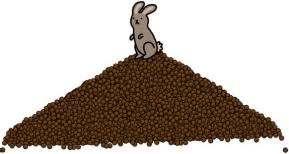 Reasons to use Rabbit Poo (Manure) for our Soil and Crops 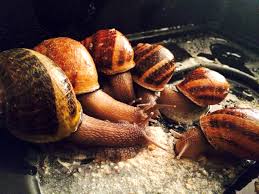