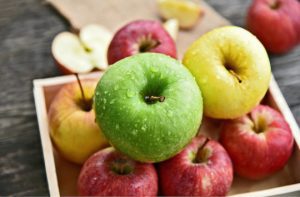 Recent archaeological finds of ancient preserved apple seeds across Europe and West Asia combined with historical, paleontological, and recently published genetic data are presenting a fascinating new narrative for one of our most familiar fruits.

According to an article published by Science Daily: In this study, Robert Spengler of the Max Planck Institute for the Science of Human History traces the history of the apple from its wild origins, noting that it was originally spread by ancient megafauna and later as a process of trade along the Silk Road. These processes allowed for the development of the varieties that we know today.

The apple fruit is, arguably, the most familiar fruit in the world. It is grown in temperate environments around the globe and its history is deeply intertwined with humanity. Depictions of large red fruits in Classical art demonstrate that domesticated apples were present in southern Europe over two millennia ago, and ancient seeds from archaeological sites attest to the fact that people have been collecting wild apples across Europe and West Asia for more than ten thousand years.

While it is clear that people have closely maintained wild apple populations for millennia, the process of domestication, or evolutionary change under human cultivation, in these trees is not clear.

Several recent genetic studies have demonstrated that the modern apple is a hybrid of at least four wild apple populations, and researchers have hypothesized that the Silk Road trade routes were responsible for bringing these fruits together and causing their hybridization. Archaeological remains of apples in the form of preserved seeds have been recovered from sites across Eurasia, and these discoveries support the idea that fruit and nut trees were among the commodities that moved on these early trade routes.

Spengler recently summarized the archaeobotanical and historical evidence for cultivated crops on the Silk Road in a book titled Fruit from the Sands, published with the University of California Press. The apple holds a deep connection with the Silk Road much of the genetic material for the modern apple originated at the heart of the ancient trade routes in the Tien Shan Mountains of Kazakhstan. Furthermore, the process of exchange caused the hybridization events that gave rise to the large red sweet fruits in our produce markets.

Understanding how and when apple trees evolved to produce larger fruits is an important question for researchers, because fruit trees do not appear to have followed the same path towards domestication as other, better-understood crops, such as cereals or legumes. Many different wild and anthropogenic forces apply selective pressure on the crops in our fields, it is not always easy to reconstruct what pressures caused which evolutionary changes.

Therefore, looking at evolutionary processing in modern and fossil plants can help scholars interpret the process of domestication. Fleshy sweet fruits evolve to attract animals to eat then and spread their seeds; large fruits specifically evolve to attract large animals to disperse them.

Many fruiting plants in the apple family (Rosaceae) have small fruits, such as cherries, raspberries, and roses. These small fruits are easily swallowed by birds, which then disperse their seeds. However, certain trees in the family, such as apples, pears, quince, and peaches, evolved in the wild to be too large for a bird to disperse their seeds. Fossil and genetic evidence demonstrate that these large fruits evolved several million years before humans started cultivating them. So who did these large fruits evolve to attract?

The evidence suggests that large fruits are an evolutionary adaptation to attract large animals that can eat the fruits and spread the seeds. Certain large mammals, such as bears and domesticated horses, eat apples and spread the seeds today. However, prior to the end of the last Ice Age, there were many more large mammals on the European landscape, such as wild horses and large deer.

Evidence suggests that seed dispersal in the large-fruiting wild relatives of the apple has been weak during the past ten thousand years, since many of these animals went extinct. The fact that wild apple populations appear to map over glacial refugial zones of the Ice Age further suggests that these plants have not been moving over long distances or colonizing new areas in the absence of their original seed-spreaders.

Wild apple tree populations were isolated after the end of the last Ice Age, until humans started moving the fruits across Eurasia, in particular along the Silk Road. Once humans brought these tree lineages back into contact with each other again, bees and other pollinators did the rest of the work. The resulting hybrid offspring had larger fruits, a common result of hybridization. Humans noticed the larger fruiting trees and fixed this trait in place through grafting and by planting cuttings of the most favored trees.

Thus, the apples we know today were primarily not developed through a long process of the selection and propagation of seeds from the most favored trees, but rather through hybridization and grafting. This process may have been relatively rapid and parts of it were likely unintentional. The fact that apple trees are hybrids and not “properly” domesticated is why we often end up with a crab-apple tree when we plant an apple seed.

This study challenges the definition of “domestication”‘ and demonstrates that there is no one-shoe-fits-all model to explain plant evolution under human cultivation. For some plants, domestication took millennia of cultivation and human-induced selective pressure for other plants, hybridization caused rapid morphological change.

“The domestication process is not the same for all plants, and we still do not know much about the process in long-generation trees,” notes Spengler. “It is important that we look past annual grasses, such as wheat and rice, when we study plant domestication.

There are hundreds of other domesticated plants on the planet, many of which took different pathways toward domestication.” Ultimately, the apple in your kitchen appears to owe its existence to extinct megafaunal browsers and Silk Road merchants.

Reference: Materials provided by Max Planck Institute for the Science of Human History. 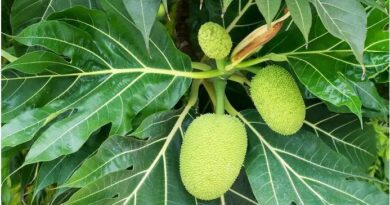 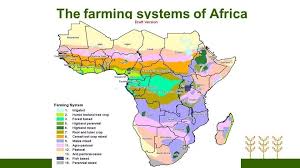 The Different Cropping Systems in Africa