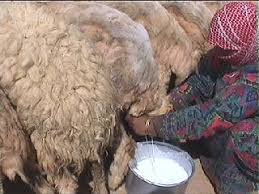 If you are looking to raise dairy sheep for milk then you are also probably interested in the topic of sheep milk production. You have to be aware of the fact that different breeds of sheep will produce different quantities of milk but the breed of sheep is not the only factor in the quantity of sheep milk that a ewe will produce.

The average lactation period for a dairy breed of sheep can be up to 240 or around 8 months. Most dairy sheep farmers will milk each ewe for about 6 months which is about 180 days of lactation.  A non-dairy ewe can have lactation periods from 90-150 days.

Like goat’s milk, sheep milk is naturally homogenized so cream does not separately as easily as cow milk. The butterfat content and protein content of sheep’s milk is higher than that of cow’s milk.

The high protein content allows one to make more cheese from sheep’s milk than from the equivalent amount of goat’s milk. 2 gallons of milk will be good for your pressed hard and semi-hard cheeses like cheddar, parmesan, pecorino, havarti, etc.

2 gallons worth of milk will give you a small wheel of cheese 4″-6″ in diameter and about 1-2 inches high depending on the type of milk, diameter of the mold and the pressing weight. 1 gallon of cheese will be enough to make 4 quarts of your favorite yogurt, like sheep yogurt. A 1/2 gallon of cheese will be perfect for some soft cheeses like chevre. 1 quart of cream will produce about 1 pound of butter.

Cups and pints of milk are enough milk to make soap or ice cream. Ice cream expands as it is made so you don’t need much milk and for milk soaps, the milk usually only makes up a portion of the recipe.  In these recipes, a little goes a long way.

The amazing thing to us is that sheep’s milk is so seldom used in the United States. It’s excellent in quality, mild in flavor (somewhere between cow’s and goat’s milk, with less aroma than the latter) and is produced in generous quantity.

I really can’t tell which breeds of the animal make the best milkers, although around the Mediterranean basin Barbary sheep are held in high esteem. When selecting a type, you probably should consider your location (environment, altitude and latitude), the breed’s sheeping ratio and its mothering qualities.

It stands to reason that sheep with a proven tendency to raise their lambs should be given the edge in the selection process, Also some Livestock books can tell you which domesticated breeds in this country make the best mothers.

Any sheep can be a milk sheep provided that it’s female, has recently had a baby and has been trained to supply milk at the convenience of a human rather than at the demand of the yeanling. As with other mammals, a great deal depends on getting the ewe to “let down” her milk, She may be a good producer, but the skill of her owner is what relaxes her and gets the white nectar into the pail. This requires both authoritative handling and a stanchion at which the sheep learns to feed while being milked.

Sheep are sometimes temperamental, you should therefore train your ewes to feed at the stanchion even before they lamb in order to enable them get used to the device.

Remember that the critters always seek out the highest ground for rest and sleep so if you place the milking parlor on a rise then your sheep will trot right home to it at the end of the day and also never use the milking stanchion to immobilize the ewes when you shear them or pear their hoofs such carelessness can make your sheep associate the stand with unpleasantness and they will refuse to let down their milk when they near it.

During pregnancy, the ewe’s bag becomes larger and wool-covered, the lady resembles a ram from the rear, thereby discouraging any aggressive behavior from any male in your flock.

A ewe’s udder will become obviously swollen shortly before delivery and  if it becomes engorged with milk  will need to be treated with bag balm and massaged. This congestion might happen often if the animal is being overfed, particularly with grain.

The sheep is what is called an “efficient converter” of grain into milk, but overfeeding a ewe during pregnancy can cause engorgement and a fat fetus, resulting in a more difficult birth.

The udder of a breeding ewe is as large as that of a goat, though it appears to be smaller because of the sheep’s stocky anatomy, bulky fleece and shorter teat. Because of the lanolin which keeps the wool waterproof, sheep tend to stay oily and collect dirt.

All the fleece around the bag and dock should be clipped before lambing. This one shearing will probably keep the wool short enough for milking throughout the five-plus months a ewe is productive.

A newborn lamb, like baby goats and cows, will butt mamma’s bag as it looks for milk, apparently stimulating the ewe to let down the liquid. The teat is just a funnel. Lambs may be weaned to reconstituted cow’s milk from a weaning bottle or bucket at about three weeks of age. (Not all sources concur that using cow’s milk is a safe method for weaning lambs.

They must always be allowed to have the colostrum or first milk though, because it is rich in protein and provides them with antibodies and other safeguards. If you’re unlucky enough to have a ewe that rejects her newborn, you must extract the colostrum by hand and feed it to the lamb yourself, by force if necessary.

Before milking a ewe, you should examine the udder for flaws a missing teat from careless shearing, sore or extra teats (sheep usually have two and sometimes three or four).

Because of an interesting camouflage of mutton anatomy  the udder is normally invisible when the sheep is standing you will have to tip the ewe into a sitting position to examine her bag. Treat a lumpy, swollen or scratched udder with bag balm or hot compresses.

The udder should be washed very carefully with soap and warm water before milking. And  if you’re up to crooning a few stanzas of “Home on the Range” or whatever  you’ll find that sheep are so responsive to music it can be a great boon in conditioning them to being milked.

With all this in mind, you’re ready to anchor a bucket with your feet and sit on a stool beside your ewe. It takes about 20 minutes to milk a sheep, so make yourself comfortable unless you want a tired back. Use a strainer or filter to keep dust from falling into the pail.

Because the teats of the ewe are shorter than those of cows or goats, some practice is required to compress the areola at the base of the teat where it meets the bag.

Simply pulling on the teat will yield little or no milk, and will annoy or even hurt the animal. The areolae feel lumpy and are found in a circle in the gland just above the teat. Massage the bag while you’re getting the feel of things.

Other “rules” are similar to the ones followed in milking cows or goats. (In some parts of the world, in fact, there is no distinction made in treatment of goats and sheep because they are such near relatives.) If the ewe crouches, grab the milk bucket and resume milking only after she has finished relieving herself.

A ewe will urinate both when she’s nervous and relaxed. If you’re handling her right, she’s going to be relaxed  so be alert! When you’ve got a full bucket of milk, chill the fluid immediately, and pasteurize it if you like.

The milking ewe must be thoroughly stripped out twice a day in order to keep up her production after her newborn lamb is weaned. The mother should also receive a dietary supplement such as alfalfa hay, calf’s manna or grain with molasses to keep her healthy through the next five months.

Discontinue milking at least two weeks before breeding in the fall, but continue the rich diet. Remember to taper off the frequency of milking gradually, and keep watch for signs of udder engorgement. Congestion during this period requires massage with bag balm and, perhaps, the withholding of drinking water if the weather isn’t too warm.

The amazing thing to us is that sheep’s milk is so seldom used in the United States. It’s excellent in quality, mild in flavor (somewhere between cow’s and goat’s milk, with less aroma than the latter) and is produced in generous quantity. Furthermore, woollies often drop and nourish twins and triplets which double their weight from 10 or 12 to 20 or 24 pounds when fed on milk alone.

The best Greek feta and kasseri cheeses are made from sheep’s milk, and yogurt from ewe’s milk is not only delicious but thick enough to slice with a knife. It is no surprise that the docile sheep with its four crop plenitude represents peace, prosperity and well-being to Mediterranean farmers.

Here are some amazing sheep rearing and sheep milk production guides to help you get started: 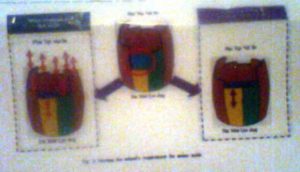 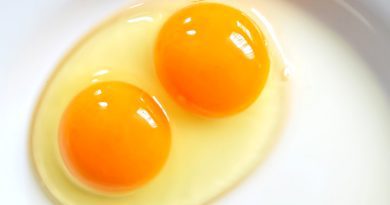