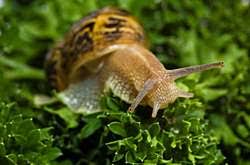 A list of edible snail species of African origin is provided below. Europe and North America have over 20 edible species, of which the most popular are petit-gris or the small grey snail, Helix aspersa, the Burgundy snail, H. pomatia, and escargot turc or the snail of Turkey, H. lucorum.

The most popular edible snails in West Africa are the giant snail, Achatina achatina, and the big black, Archachatina marginata. Local names are given in the list below. Most studies on snails in West Africa have concentrated on these two species and on the garden snail, Achatina fulica. In Ghana Achatina achatina is considered the most prized species for eating, followed by Archachatina marginata and then Achatina fulica.

As at today there are about 11 breeds of snails which are being cultures for the purpose of meat, reproduction, sells etc. but for the sake of our today’s topic, we will be discussing about the three (3) major and popular breeds of snails below:

The giant West African snail or banana rasp snail is a species of air-breathing tropical land snail, a terrestrial pulmonate gastropod mollusk in the family Achatinidae. They can grow up to 20 cm long, and live up to 10 years

Achatina marginata is the largest of the Archachatina snails and is found in West Africa. It appears to be a mainly terrestrial snail. In Cameroon it can be found aestivating under ground during the drier months, having a closed aperture, sealed with a solid, calcareous, white epiphragm. 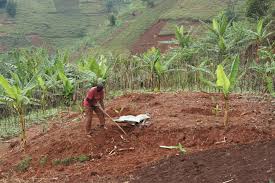 Selecting the site for Plantain Cultivation