Rabbit (s) are being reared for meat and they are being raised on nests or housed. Rabbits (or, colloquially, bunnies) are small mammals in the family Leporidae of the order Lagomorphs, found in several parts of the world.

Cuniculture is the agricultural practice of breeding and raising domestic rabbits as livestock for their meat, fur, or wool.

There are eight different genera in the family classified as rabbits, including the European rabbit (Oryctolaguscuniculus), cottontail rabbits (genus Sylvilagus; 13 species), and the Amami rabbit (Pentalagusfurnessi, an endangered species on AmamiŌshima, Japan).

There are many other species of rabbit, and these, along with pikas and hares, make up the order Lagomorpha. The male is called a buck and the female is a doe; a young rabbit is a kitten or kit.

It is one of the livestock enterprises with the greatest potential and room for expansion around the world. This is because of their minimal investment requirements and ability to reproduce fast.

Their feed requirement is low, especially with regard to demand for grain. Their housing and disease control management requirements are also low yet their meat is highly nutritious and healthier source of protein when compared with other sources of meat.

They reproduce at a first rate as their gestation period is just 30 days. This means that they can give birth up to ten times in a year. However, caution should be taken to allow them a period of rest in between giving birth.

They can give birth to up to ten rabbits; therefore, a serious farmer has to prepare housing beforehand.

It’s production has experienced a steady growth in the past few years, with gender biases associated with its production fading away. This is a significant change considering that for many years rabbit production in Kenya for instance was confined to the youth, mainly 4-K club members and young farmers.

Though their meat marketing is yet to gain ground, there is hope that with the growing awareness of the benefits of it’s meat, it will be possible for their meat to be introduced into the regular meat market.

The realization that they are well suited to rapid production of protein has increased the number of industrialized production units just like in poultry.

The most popular breeds used in the meat industry are the New Zealand White, Californian, Flemish Giant, French Ear lop, Chinchilla and Dutch. Other breeds include the Angora primarily kept for fur and as pets; most of the locally available breeds are cross breeds.

Important facts about Rabbits and Their Meat

Introduction to Paternal and Maternal Breed of Pigs 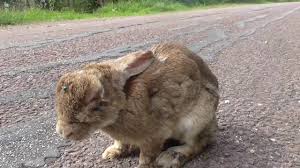 Common Rabbit Diseases and How to Cure them