Cassava has many uses and its uses cuts across several production industries. Cassava has gained wide usage in industries for the production of paper, ethanol, pharmaceuticals, biofuels, starch, and flour.

Cassava (Manihot Esculenta) is the third-largest source of food carbohydrates in the tropics after rice and maize. In this post, we will highlight the comprehensive guide on how to start a cassava farm.

Nowadays, cassava flour is being encouraged to be used in the production of bread, doughnuts and other confectioneries.

Cassava can also be processed into fufu and ‘garri’; a popular food among many Nigerians.

Not only is the root of cassava important for the production of food, but its leaves can also be used as a vegetable for soup or as feed for sheep, goats, snails, and cattle.

There are a whole lot of benefits from planting and consuming cassava. They include:

Cassava belongs to the class of drought-tolerant crops that provides reasonable yields where most crops cannot grow well. It can survive poor soils and less rainfall, thus act as a reserve in times of famine.

Wikipedia states that “Worldwide, 800 million people depend on cassava as their primary food staple.” This means approximately that 1 in 10 families eats products made from cassava at least every day. Cultivating cassava plant can be a steady source of income since a large number of people depends on it.

Cassava plays a major role in Agriculture in developing countries because of its ability to grow in almost any weather. Hence, its economic value rarely diminishes.

It can serve as a subsistence or cash crop, which makes it very flexible for small-scale farmers.

Cassava can be processed and made into different products such as:

The cassava plant is a major source of carbs, calories, fibre, vitamins, minerals and smaller amounts of fats and protein. In addition, it is also a good source of energy.

In countries like China, Cassava serves as a major source of ethanol fuel production. Under the Development Plan for Renewable Energy in the Eleventh Five-Year Plan in the People’s Republic of China, the target is to increase the production of ethanol fuel from non-grain feedstock to two million tonnes, and that of biodiesel to 200 thousand tonnes by 2010.

This is equivalent to the replacement of 10 million tonnes of petroleum. As a result, cassava (tapioca) chips have gradually become a major source of ethanol production. (Wikipedia).

Cassava can also be grated and dried to serve as animal feed as well as starch for laundry products.

Note that cassava should not be consumed raw as it is believed to contain cyanide compounds that can be poisonous.

Read Also: How to Process Cassava Chps for Animal Feed

How to make money from cassava farming business

Sell the cassava stem out to make profit and use the excess as firewood for cooking when they are dried.

Another way of making money from cassava farming business is by processing and selling off the young succulent leaves of cassava as a vegetable.

Also, sell off all the green leaves including the young parts of the stem or feed them to your livestock you keep any.

Uproot the cassava immediately by pulling the plant from the soil while holding the small portion of stem you left when cutting the stem.

If the soil is too hard, use a hoe to dig out the part stuck in the soil so that the tubers will not break in the soil.

Cut off the tubers from the stem. Be careful not to bruise the roots as you are harvesting otherwise, they will deteriorate very rapidly.

It is better to harvest roots only when you have a ready market to sell your cassava tubers to prevent them from decay and forming post-harvest waste.

Read Also: Complete Guide on How to Make Bread with Cassava Flour 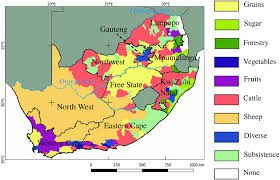 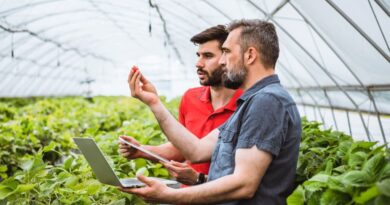