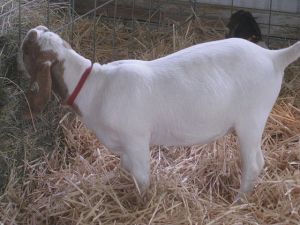 With regards to Goat Breeds for Meat, Findings have shown that goat meat is relatively healthy with almost as few calories as chicken thou It can get dry if not being cooked properly, but despite that goat can make a scrumptious and nutritious dinner.

There are numerous breeds of goats. The dairy goats generally produce large amounts of goat milk throughout the entire year. They also generally have high fat content to make thicker products.

Below are popular goat breeds for meat production.

Just as the name suggests, the Spanish goat originally comes from Spain and were later brought to Mexico then later, the United States.

Spanish goats are made for travel as they can handle most climates and are also relatively low maintenance. Another great quality, especially because it is a breed raised for meat, they can breed outside of the normal breeding season. Spanish goats were recently used for producing meat in 1980s.
These goats are also called wood goats, brush goats, briar goats, hill goats, and scrub goats.

Boer males can grow to be 300 pounds, because of this large size, they are one of the most popular breeds for meat production. Other advantages are that they are resistant to disease and reproduce often.

Australia is known to be the top exporter of goat meat, and they use Boer goats to do this. While they are popular in Australia, they originally derive from South Africa in the early 1900s.

Rangeland goats produces about 90% of goat meat in the industry. These goats primarily live in and were bred in Australia. Breeders look for goats that are tall, wide, and with short hair.

Rangeland goats can live in dry areas, they still reproduce well in dry conditions, they are low maintenance, and they are great goats to mate with other goats. Boers are the most common goat bred for meat along with Rangeland goats.

The Kalahari is also known as the Kalahari Red and it is a beautiful animal that mostly lives in South Africa. Living here, the animal has been bred to withstand hot temperatures and dry weather. The most favorable attribute of the Kalahari goat meat is that it is more tender than other breeds. The meat is also rather lean.

These goats are good to breed because they are durable. They have also been bred to be immune to common diseases and parasites in the area. They breed throughout the year and generally birth three kids every two years.

As the name suggests, the Kalahari Red is commonly a reddish/brown color. This color is especially useful for hiding into its surroundings. The Kalahari Red is tall and long. In order to make them meatier, they can be bred with larger breeds.

This is a new breed created as recently as the 1980s in New Zealand. They were bred specifically to create an adaptable meat goat. This was done by breeding feral goats with Anglo-Nubian goats, Saanen goats, and Toggenburg goats. These goats are low maintenance and can survive most conditions.

Nubian is a dual-purpose goat breed; they’re great for milk and meat production. Males can weigh up to 175 pounds. Because of the large stature of these goats, they are often used for meat. Sometimes, they will specifically be mated with Boers to make even larger goats for meat.

Myotonic goats, also known as fainting goats, are one of the goat breeds for meat and are known for their unusual reaction when under distress: freezing for a couple second and “fainting”. This reaction developed from a genetic disorder.

This goat is slowly not being used for meat production any more, because it has actually been labeled “threatened” by The Livestock Conservancy. However, they used to primarily be used for goat meat. They do not produce angora, but they do grow coats that make great cashmere items.

The Myotonic goat can grow to about 25 inches tall and weigh 174 pounds. This is one of the smaller breeds of meat goats. They also have distinct eyes that pop out of their head.

These goats are not generally used to breed with other goats because of the fainting problem.

25 million Black Bengal goats can be found in Bangladesh. A rather poor nation, people with Black Bengals find a way to support themselves with its milk and meat. Goats are relatively easy to care for, house, and feed, so it’s a good option for the people. If you have a safe place by a food source, they can even feed from natural sources.

The goats are good breeders and can give birth to 2 – 3 kids twice a year. Black Bengals start reproducing at about 15 months old.

With Bangladesh being a less affluent country, the farmers use everything that they can from the goat. They sell the milk, the coat, and, most importantly, the meat. The goat can produce 11 kg of meat at a time. Their coat can weigh 20 kg. Meat and coat are the most important products from this animal, as it does not produce milk well.

As the name suggests, the goat is usually dark in color. The body is lean, and these goats are short. They have ears on the top of their heads and have small to medium horns.

These goats can also be found in West Bengal, Bihar, and Orissa.

The Verata goat is known primarily for its unique, twisted horns. They are found mostly in Vera, Spain. There are about 17,000 Verata goats in Spain today. Like most breeds produced for meat, they are quite durable and strong. They can survive in all climates. They also are easy for farmers to manage. They can find food sourced instinctively and adapt well.

These goats are on the small side and reach about 7- centimeters tall and weigh 70 killograms. They are dark in color (black or brown), and even 40% of the does have beards.

Under proper conditions, the Verata goat can breed prolifically. A farmer can expect three kids every two years. When this does happen, a farmer can expect the goat to produce milk for 175 days and produce about 150 liters. When used for meat, kids will be ready at around 45 days old. 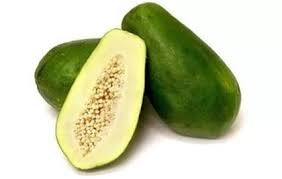 How to cure Ulcer with Unripe Paw-Paw 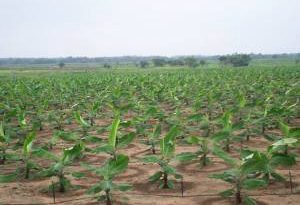