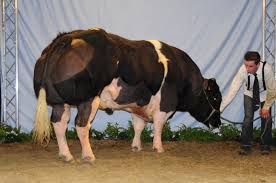 There are many anatomical defects for example in pig which can affect performance. The majority of these are genetic in origin and therefore likely to be inherited from generation to generation. Tests are conducted to detect defects. These defects may be simple (i.e. controlled by one pair of genes) or complex (controlled by several pairs of genes).

At the end of the test, the feed conversion efficiency is calculated, and the fat thickness is measure by an ultrasonic machine. Pigs are assessed on the basis of an index derived from the relative economic values of feed conversion efficiency and fat thickness; animal which do not pass the index are culled. In addition with any abnormal sexual characteristics, blind or insufficient teats, or other defects such as weak legs or undesirable body conformation are also culled.

On –farm performance tests are then carried out on the sons and daughters of approved centrally-tested sires. Pigs are inspected for any weaknesses and, if they attain certain performance standards in terms of growth and fat thickness, they are made available for sale.

The potential value of regular performance-testing can be seen from the results of a control landrace herd, in which both boars and replacement gilts were selected on the above scheme over eight generation. The improvement in feed – conversion efficiency represents a considerable saving in cost.

The can be effectively eliminated from a herd by culling. The main defects in this category are:

•   Congenital tremors in this condition, piglets are born with rhythmic tremors of the head and limb. It occurs at a frequency of about 0.1 percent in the population. The recessive gene is carried by the dam, and in carriers 50 per cent of male piglets are affected. Dams of affected litters should be culled.

•   Club foot this defect causes a deformed and swollen foot. It has a very low incidence to the landrace breed. Both male and female parents should be culled.

These are more difficult to eliminate, but greatest response will be achieved by culling boars. However, the incidence of these defects is generally relatively low, so it may be more economic in the long run to keep a good boar which is a carrier of a known defect rather than replace it with a genetically inferior boar which is not a carrier. If good records are available, the cost of the defect can be set against the gain in pig performance attributable to the carrier boas.

Such a boar should only be used for the production of slaughter stock and none of this progeny should be retained for breeding. The main defects in this category are:

• Scrotal hernia: A weakness in the body wall allows part of the intestines to pass out into the scrotum. It occurs at a frequency of around 0.7 per cent and has an estimated heritability of 15 per cent.

•  Umbilical hernia: A similar condition which occurs at the site of the umbilicus. Found at a frequency of around 0.6 per cent

•  Imperforate anus: The incidence of this condition in piglets is around 0.3 per cent. Mortality in male piglets is always 100 per cent, but often around 50 per cent of females survive as the faces are voided via the vagina.

•  Splayed, piglets are with either the front or hind legs splayed, sometimes both and unable to stand. The incidence is around 1.5 per cent and can be worsened by nutritional deficiencies. If piglets survive for three days, the condition often tends to disappear.

•  Hermaphroditism: In condition, females tend to exhibit male characteristic. Incidence is estimate at 0.07 per cent.

•  Cryptorchidsim : Also known as a rig pig, one testicle in the male fails to descend into the scrotal sac. Found at a frequency of 0.22 per cent.

•  Female genital defects, including inverted nipples. These occur at a frequency of around 0.15 per cent.

The principles and techniques of breeding advance knowledge; and application of selection and cross-breeding are means of farms animal improvement. They have been used as major tool in animal production in combination with environmental management of stock.

Selection and cross breeding are the most common methods for genetic improvement. Either method involves culling and promoting characters of animal which are undesirable and desirable respectively by farmers.

These require that farmer is able to identify specific traits that are genetically heritable; have high selection differential and in animal with short generation interval in order to attain high genetic progress. The two methods similarly require preliminary testing and evaluating animals to be used in the improvement scheme.

Cross breeding in farm animal has improved livestock productivity greatly and widely as a result of artificial insemination, benefiting specifically from semen collection and preservation technology.

Much as desirable characters are known, some undesirable simple and complex traits must be identified and using appropriate method discriminated against them. 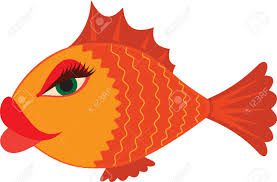 Female Fish and their Reproductive Strategies: All You Need to Know About 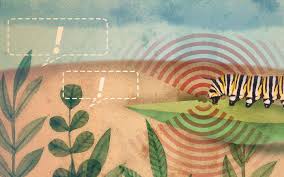 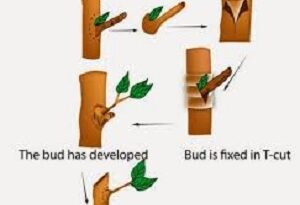 Budding / Bud Grafting as a Type of Propagating Material